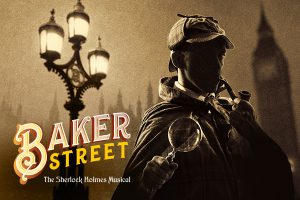 Sherlock Holmes! Watson! Moriarty! Irene Adler! All your favorites appear in this musical based on Sir Arthur Conan Doyle’s stories about the iconic detective. Baker Street was the Broadway debut for Tommy Tune and an early Broadway credit for Christopher Walken. The captivating score includes “Letters,” “A Married Man,” and “I’d Do It Again.” 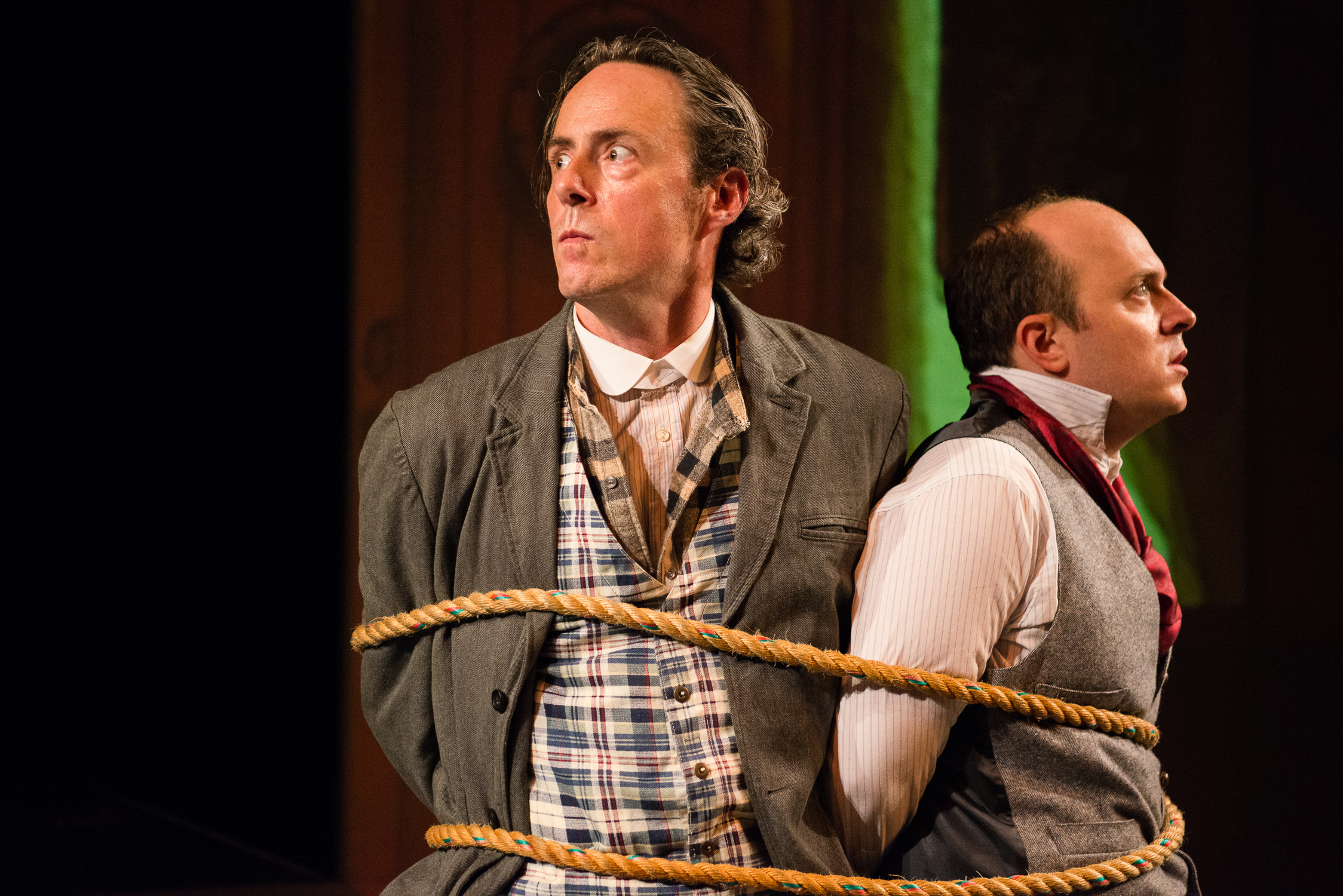 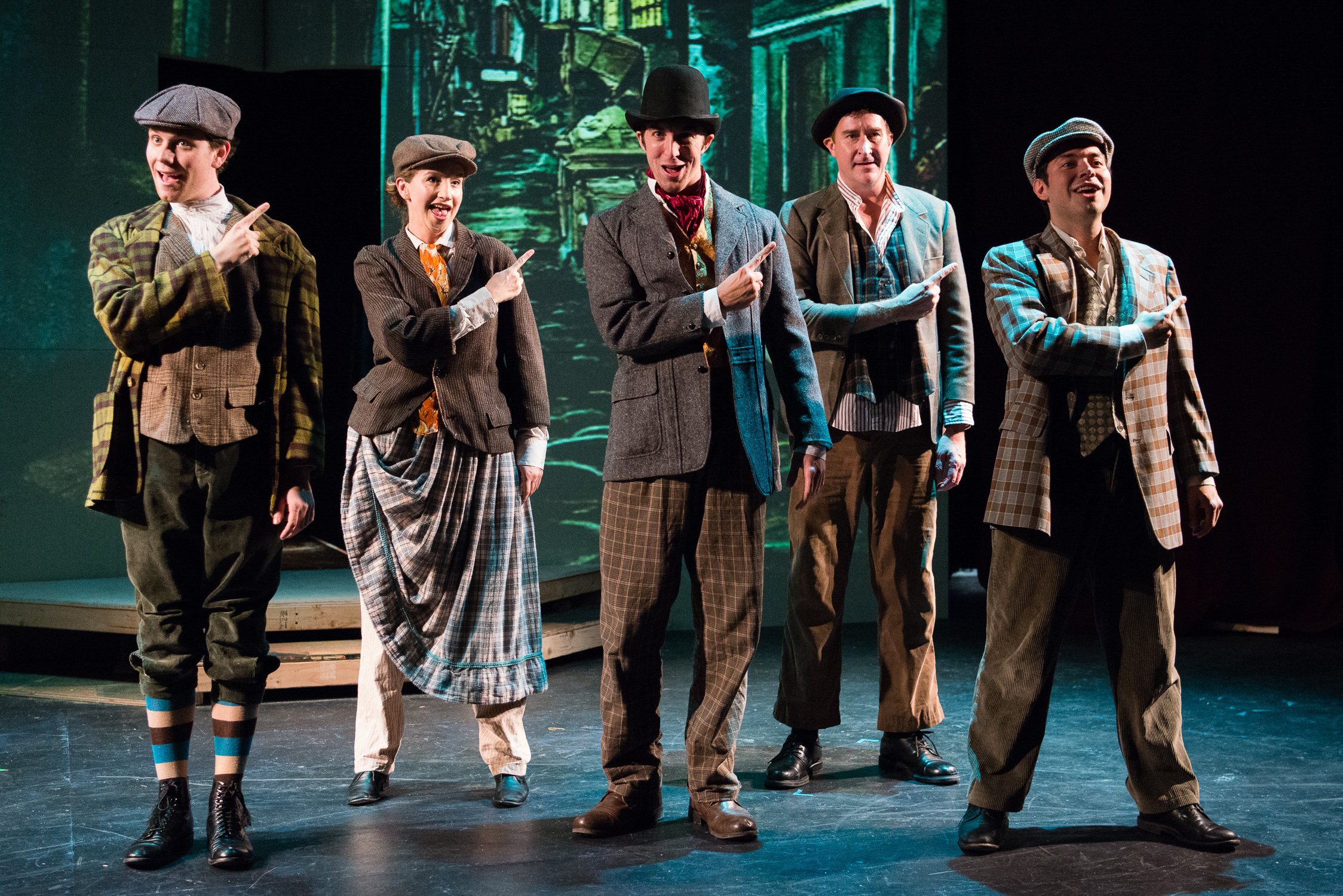 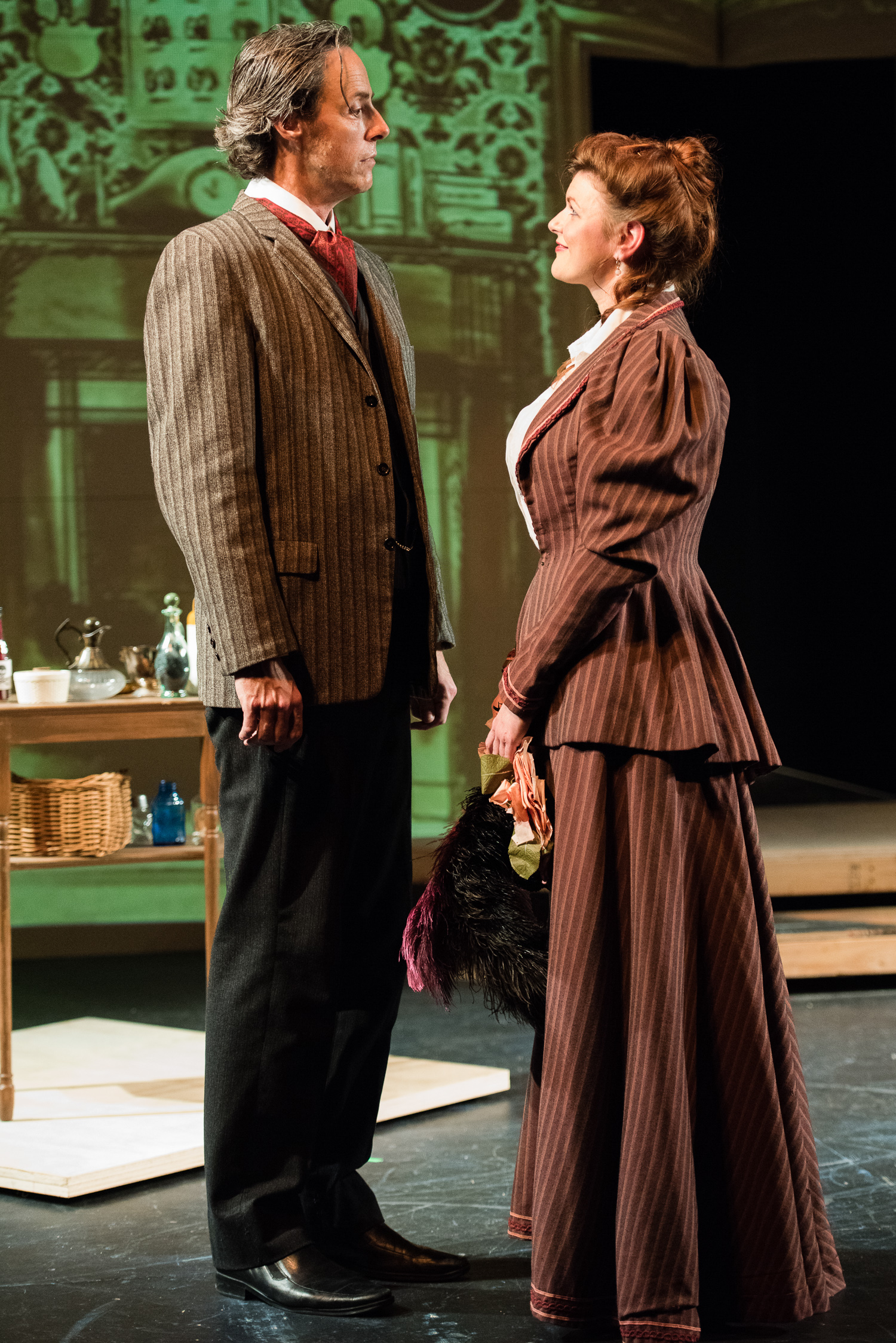 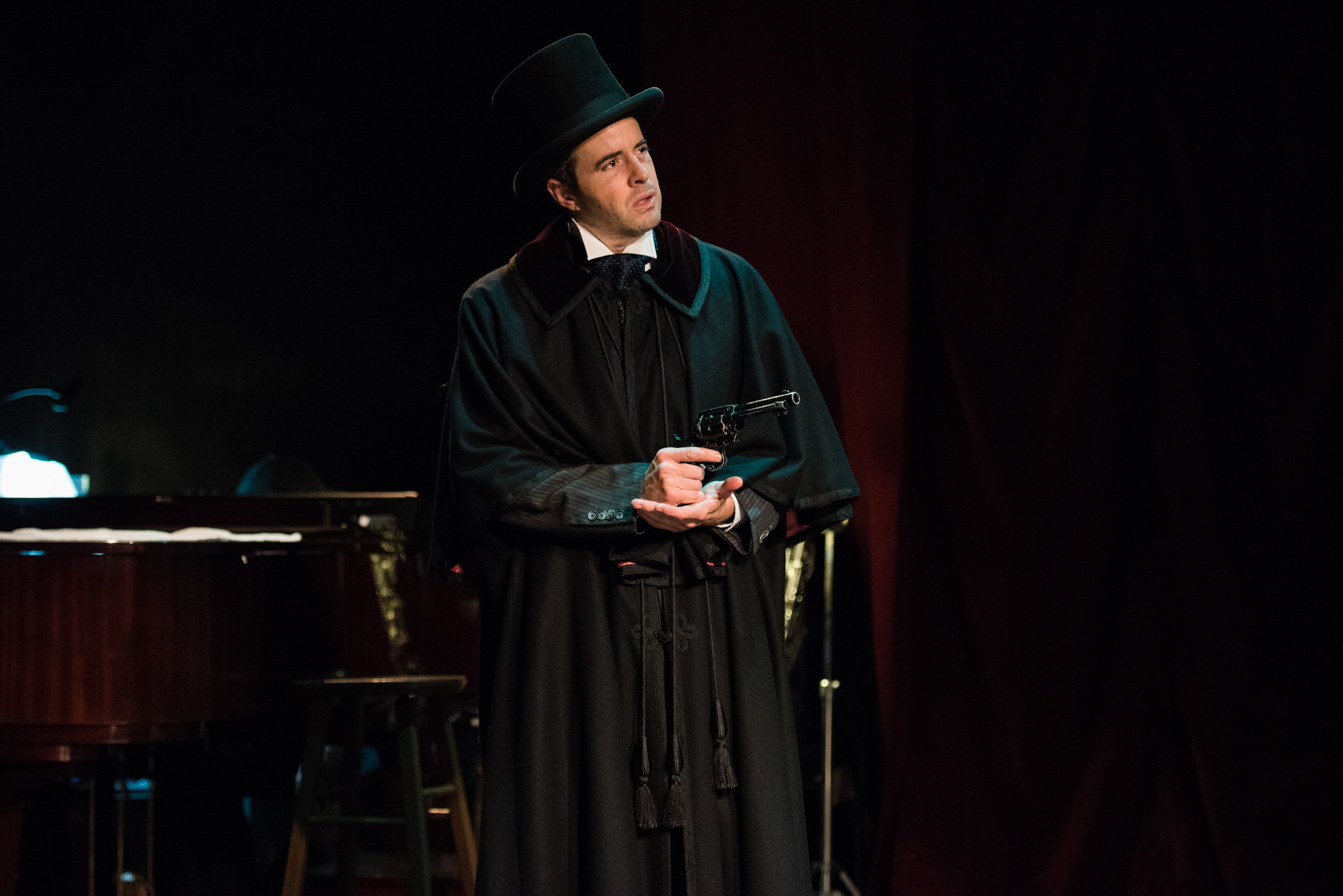 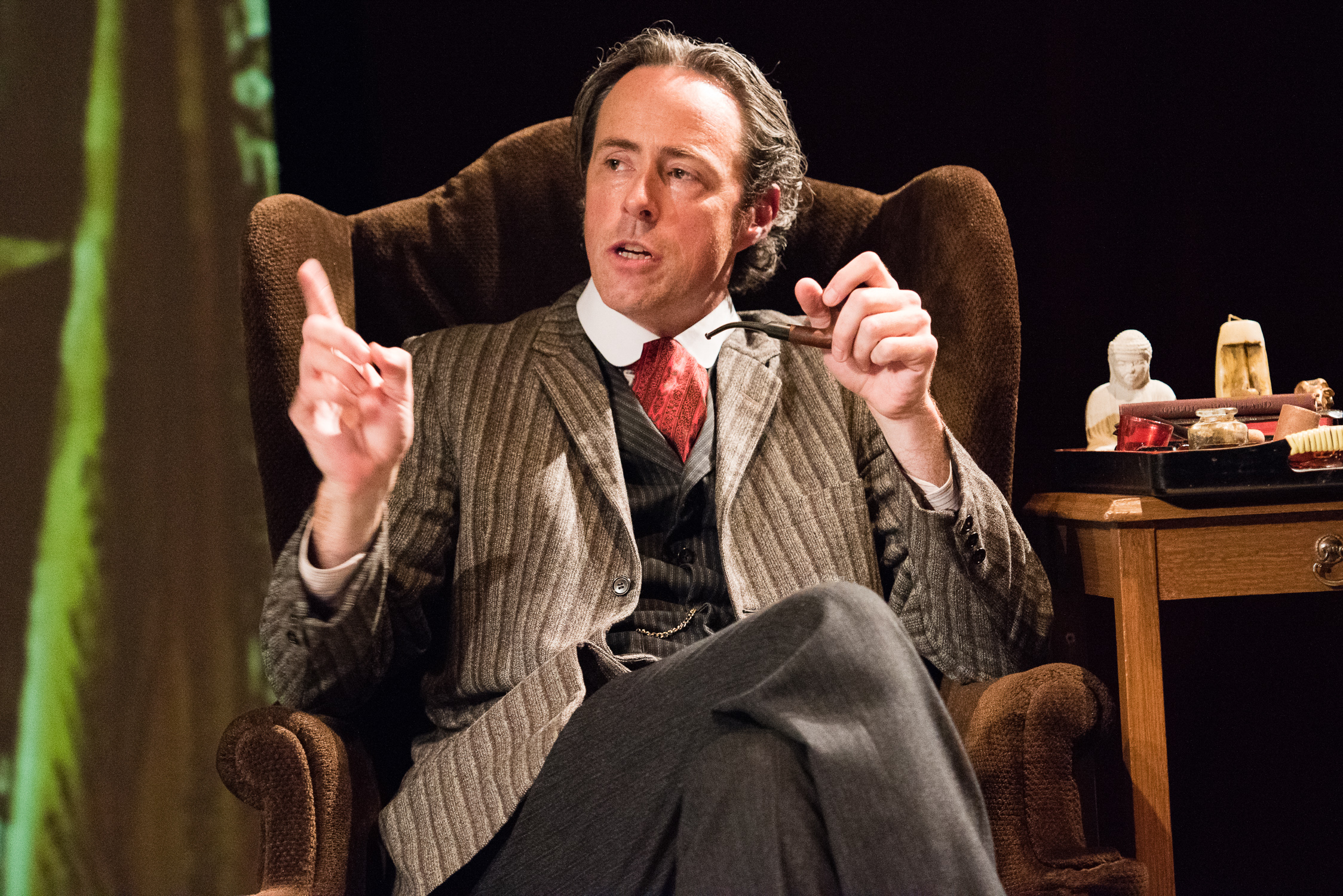 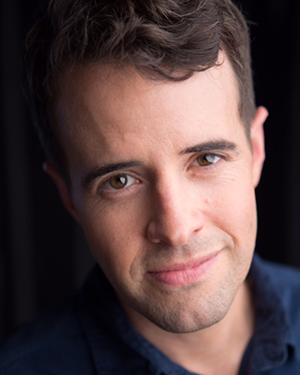 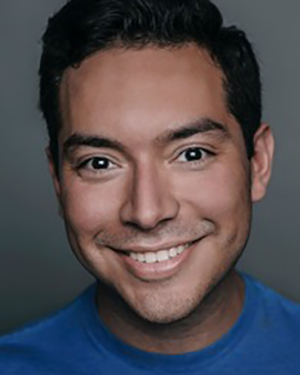 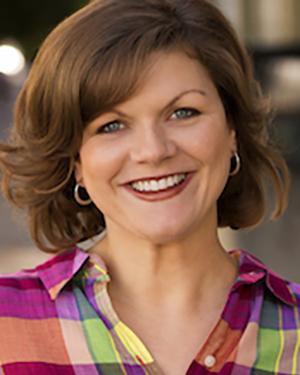 ABBY HAUG (Irene Adler)
Abby is grateful to return to the Moon stage this season. Recent Moon Shows include The Boys From Syracuse, Where’s Charley?, Something For The Boys, Do I Hear A Waltz?, DuBarry Was A Lady, and I Married An Angel. Abby has had the privilege to spend a summer with San Francisco Playhouse in Company and also Marin Shakespeare in Comedy of Errors. Abby graduated with Honors from Webster University’s Conservatory of Musical Theatre. Please join her this Christmas as she plays Mrs. Banks in Hillbarn Theatre’s production of Mary Poppins. You will also see her back at Moon this Spring in No, No, Nanette. 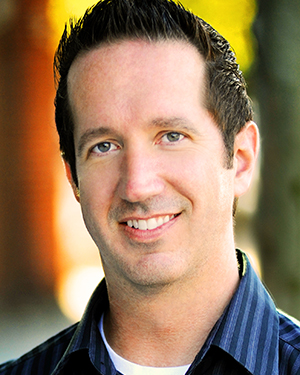 SCOTT MARAJ (Inspector Lestrade)
Scott is ecstatic to be working with 42nd Street Moon once again. He was seen in last season’s The Most Happy Fella (Guiseppe) and previously in It’s a Bird…Superman. Recently, Scott appeared as Sebastian in Disney’s The Little Mermaid at Pacific Coast Repertory Theatre where he also directed their productions of Forever Plaid, The Taffetas and The Last Five Years. Scott also directed/choreographed Tri-Valley Repertory Theatre’s production of Jekyll and Hyde last season and he has performed throughout the Bay Area with companies such as CenterREP, Contra Costa Civic Theatre and Douglas Morrison Theatre among others. 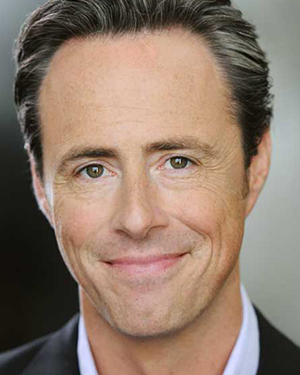 MICHAEL MONAGLE (Sherlock Holmes)
Michael is honored to return to 42nd Street Moon as Sherlock Holmes. After 21 years of pursuing successful but unfulfilling careers in business and law, Michael returned to the stage in September 2015 as Billy Flynn in Palo Alto Players’ Chicago and hasn’t stopped, consistently on stages, studying at Beverly Hills Playhouse SF, and booking commercials (“Meet Bob,”) and TV spots (“I Almost Got Away With It”). In 2016 Michael has understudied twice for Berkeley Repertory Theatre (Macbeth and Peter Pan On Her 70th Birthday), portrayed Jake/Postman here in The Most Happy Fella and just closed Othello for Marin Shakespeare Company. He’ll gratefully end 2016 reprising the role of Chauncey the Jester in the annual holiday tradition Bracebridge at Yosemite, and begin 2017 as Daniel in New Conservatory Theatre Company’s January production of Daniel’s Husband. www.michaelmonagle.com 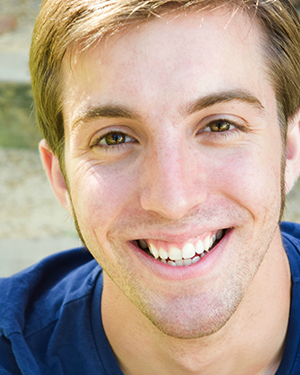 ANDREW MONDELLO (Wiggins)
Andrew is ecstatic to be making his 42nd Street Moon debut in this classic tale in such an incredibly fun and unique role! He holds his undergraduate degree in acting from UC Irvine where he was fortunate enough to play JJ Hunsecker in the West Coast Collegiate Premiere of Sweet Smell of Success. Other favorites have been Rosencrantz and Guildenstern are Dead (Guildenstern), The 25th Annual Putnam County Spelling Bee (Leaf Coneybear), and Beppo in the World Premiere of Enchanted April: A New Musical Romance. He wishes you a lovely evening, enjoy the show! Andrewmondello.com 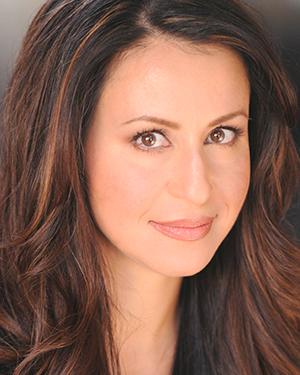 STEPHANIE PRENTICE (Mrs. Hudson)
Stephanie is happy to be returning to 42nd Street Moon where she previously appeared as Madame Dubonnet in The Boy Friend. Other recent Bay Area productions include Value Over Replacement, Best of PlayGround 20, Best of PlayGround 19 (PlayGround), and Company (San Francisco Playhouse.) Stephanie is a Bay Area native, a proud member of Actors’ Equity, and has been a member of the Santa Clara University voice faculty since 2005. She is a PlayGround company member, and also serves as Casting Director and Creative Development Board Member at TheatreFIRST in Berkeley. 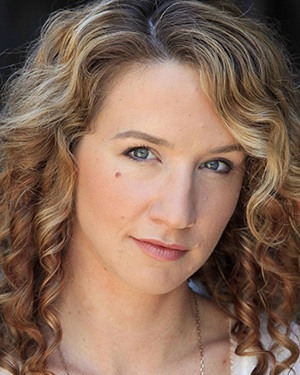 ALISON QUIN (Nipper)
Alison is thrilled to be making her debut with 42nd Street Moon. As a graduate from the San Francisco State University Music Program, there is nothing she loves more than creating music with talented people and couldn’t be happier to be working with this amazing cast. Alison is also a teaching artist and continues to be inspired by her students daily. www.alisonquinstudio.com Previous credits include I Love you, You’re Perfect, Now Change (theTRIBE Co), Company (Coastal Repertory Theater), Trailer Park Gods (Faultline Productions), 40 Seasons of Summer (Great America). www.alisonquin.com 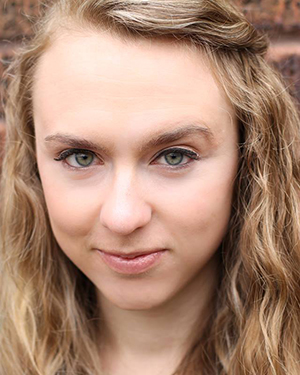 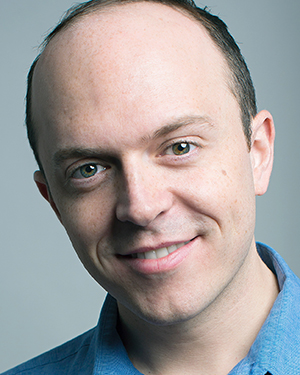 DAN SEDA (Dr. Watson)
Dan is thrilled to be making his debut with 42nd Street Moon. Recent credits: Peter Allen in The Boy From Oz and Simon/Sarah in Company. NYC: All That Fall (Kaliyuga Arts), Much Ado About Nothing (Gorilla Rep), and Desiree of Beverly Hills (Bad Musicals Festival). Regional: A Chorus Line, The King and I, and Evita (NC Theatre). Dance: The Nutcracker, Carmen, and Romeo and Juliet (Carolina Ballet). Highlights: Emcee in Cabaret (Triangle Theatre Award – Best Actor in a Musical, Theatre Endowment Award – Best Male Lead), Finch in How to Succeed in Business Without Really Trying, and Seymour in Little Shop of Horrors. 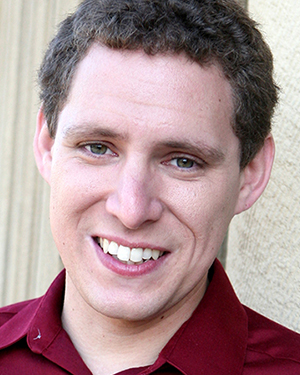 KALON THIBODEAUX (Captain Gregg)
Over the last 27 years, Kalon has acted, directed, taught, stage managed and designed for many companies throughout the Gulf South, California and Seattle such as: 42nd Street Moon, The Dixie Theatre, California Conservatory Theatre, Southern Repertory, Stone Soup Theatre and Custom Made Theatre. Recent roles include Richard Hannay in The 39 Steps and Elwood P. Dowd in Harvey; as well as Young Scrooge in 42nd Street Moon’s world premiere of Scrooge in Love! – a role he will be reprising this winter. He holds a degree in Drama from University of New Orleans and is co-author of the original children’s musical The Princess who Couldn’t Cry. 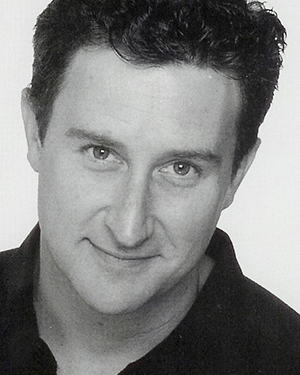 STEPHEN VAUGHT (Chauncy Weatherbee Perkins III)
Stephen is a Bay Area native and UC Berkeley graduate happily returning to Moon after appearing in Sail Away, Where’s Charley?, Something for the Boys, I Married an Angel, Carnival!, Of Thee I Sing, Oh, Kay!, Coco, and Gay Divorcee. Other favorites include roles in Beardo, 12 Angry Men, Eastern Standard, and A Funny Thing Happened…Forum. He has appeared on-screen in “Blue Jasmine,” “Starsky & Hutch,” “National Treasure,” “Arrested Development,” “The Closer,” “The OC,” and “The West Wing.” By day he works as an Office Manager, HR Director and amateur sleuth for a data center company in the San Francisco area.

Join the cast and crew as we celebrate the opening of each new production. Savor champagne, wine, and delectable delights from L’Olivier Restaurant, our Opening Night sponsor. The best part? It’s on us!