Back by popular demand, 42nd Street Moon is thrilled to announce the 2021 season of our new virtual series – Moonbeams – streaming fun, quality musical theatre productions right to your home. This spring Moonbeams season features a Tony nominated production, stars seen on the Bay Area and Broadway stages, as well as new, never seen before, over the top theatrical numbers that will have you singing along at home! Learn more below!

Here’s how it works:

SAVE 20% OFF SINGLE TICKET PRICES WHEN YOU SUBSCRIBE!
Learn more about our subscription packages.

“This is high quality entertainment in the comfort of your own home.”
– Sara Ivie

“This Moonbeams series sky rockets you to the ultimate musical theater virtual experience in a galaxy far, far away!”
– Diane Donnelly 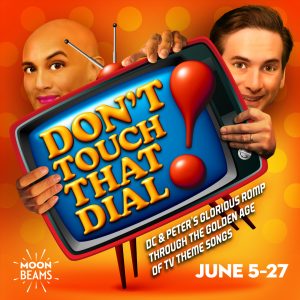 DON’T TOUCH THAT DIAL: DC AND PETER’S GLORIOUS ROMP THROUGH THE GOLDEN AGE OF TV THEME SONGS
Streaming June 5 – 27, 2021
Fridays at 8PM, Saturdays at 6PM, Sundays at 3PM
* All times are in PST

WATCH THE TRAILER BELOW!

All In the Family, The Jeffersons, Three’s Company, Family Ties, The Fresh Prince of Bel-Air…

Catchy melodies from the Golden Age of television quickly became an iconic form of musical entertainment still revered today. Now, DC and Peter lead you down memory lane as they take you through the decades of sitcom themes and the evolution of television. Join us for a celebration of the beloved songs that have claimed the hearts of vidiots across the world. 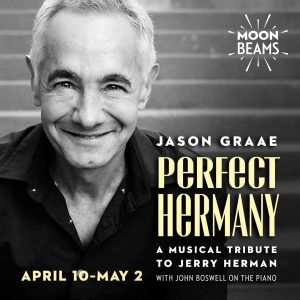 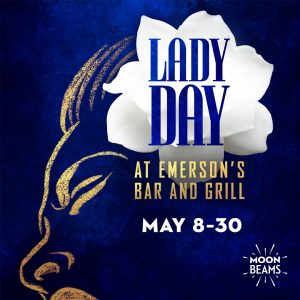 “If I’m going to sing like someone else, then I don’t need to sing at all” – Billie Holiday

She was one of the most influential jazz singers of all time with a voice unparalleled in the industry. Set in 1959 in South Philadelphia, Billie Holiday takes the stage for one of her final performances before her untimely death. Featuring some of her most famous songs like “What a Little Moonlight Can Do”, “Strange Fruit”, and more interlaced with stories of her life.