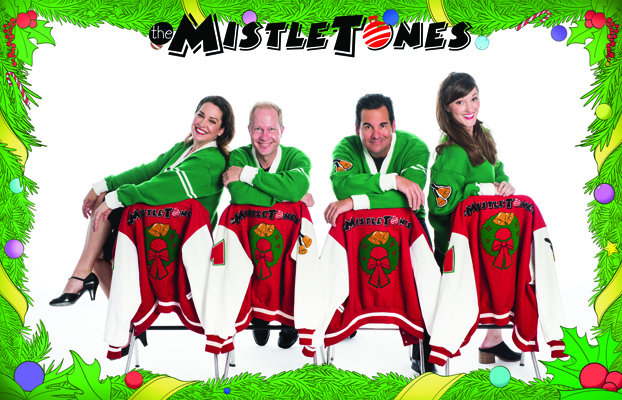 It’s part a capella, part rock ‘n’ roll, part comedy, and part handbells. But it’s all awesome!
THE MISTLETONES have been entertaining audiences for over ten years throughout Southern California, including the Disney Resort, Knott’s Berry Farm, Lake Arrowhead’s Santa’s Village, the STAPLES Center, and five sold-out years at the Maverick Theatre. Now this totally unique and hilarious quartet makes their Bay Area debut at the Gateway Theatre, singing everything from The Beatles to Lady Gaga with a holiday twist!

THE MISTLETONES runs about eighty minutes minutes, including one intermission.