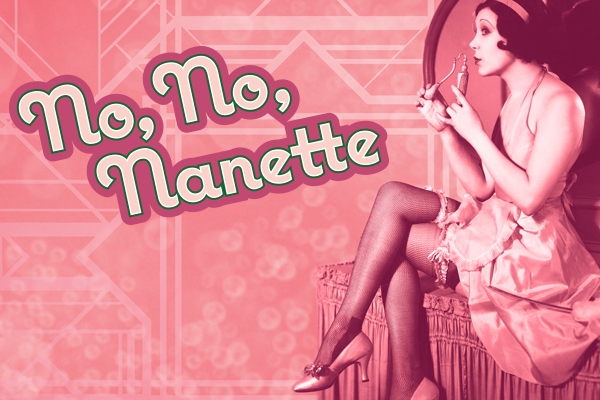 A bubbly romantic farce of mistaken identities, star-crossed young lovers, bathing beauties and a tap-dancing maid! A major hit in 1925, it became a sensation following its 1971 revival. The score introduced such standards as “Tea For Two” and “I Want To Be Happy.” The revival featured the return of Golden Age film star Ruby Keeler.

NO, NO, NANETTE runs about two hours, including one intermission. 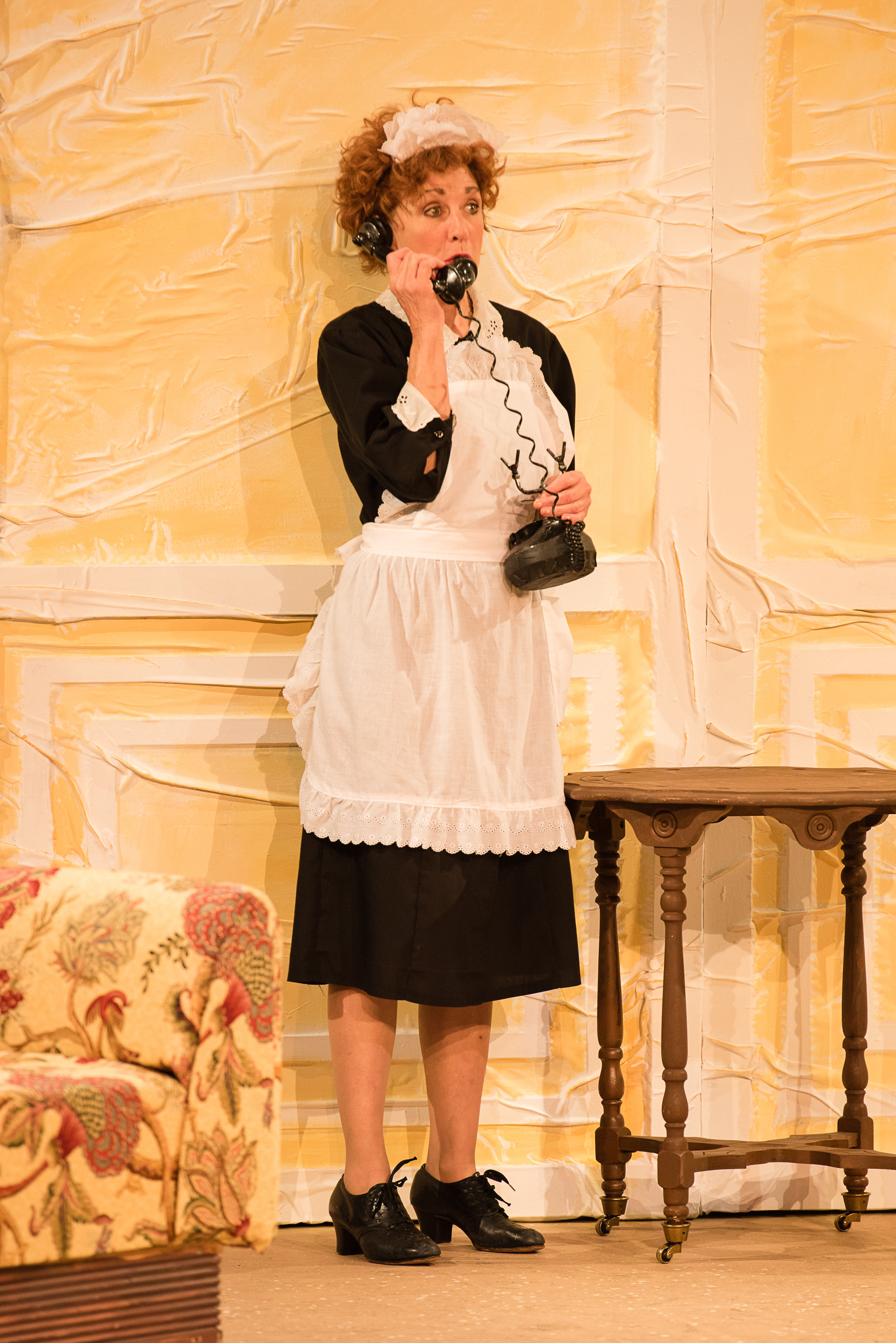 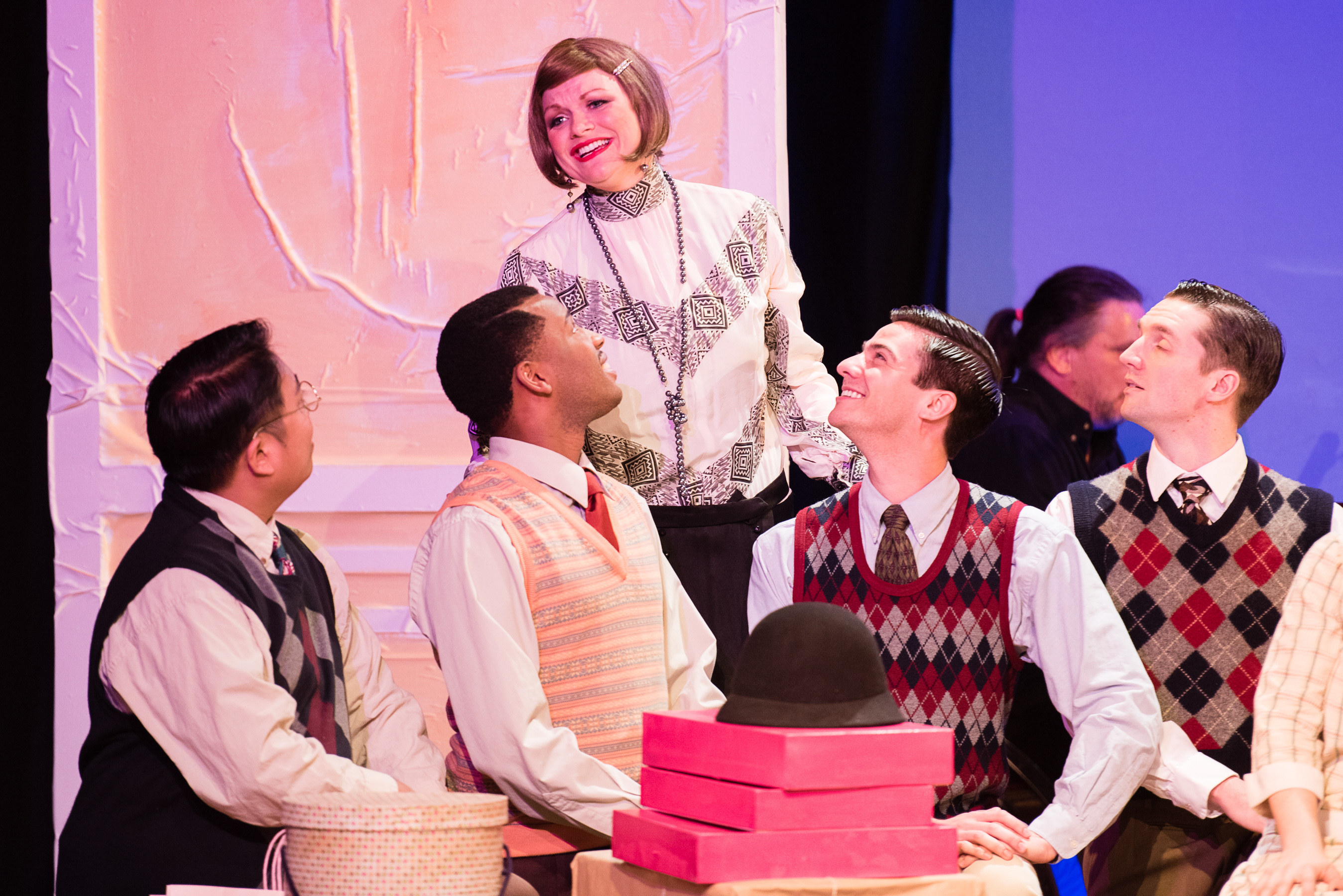 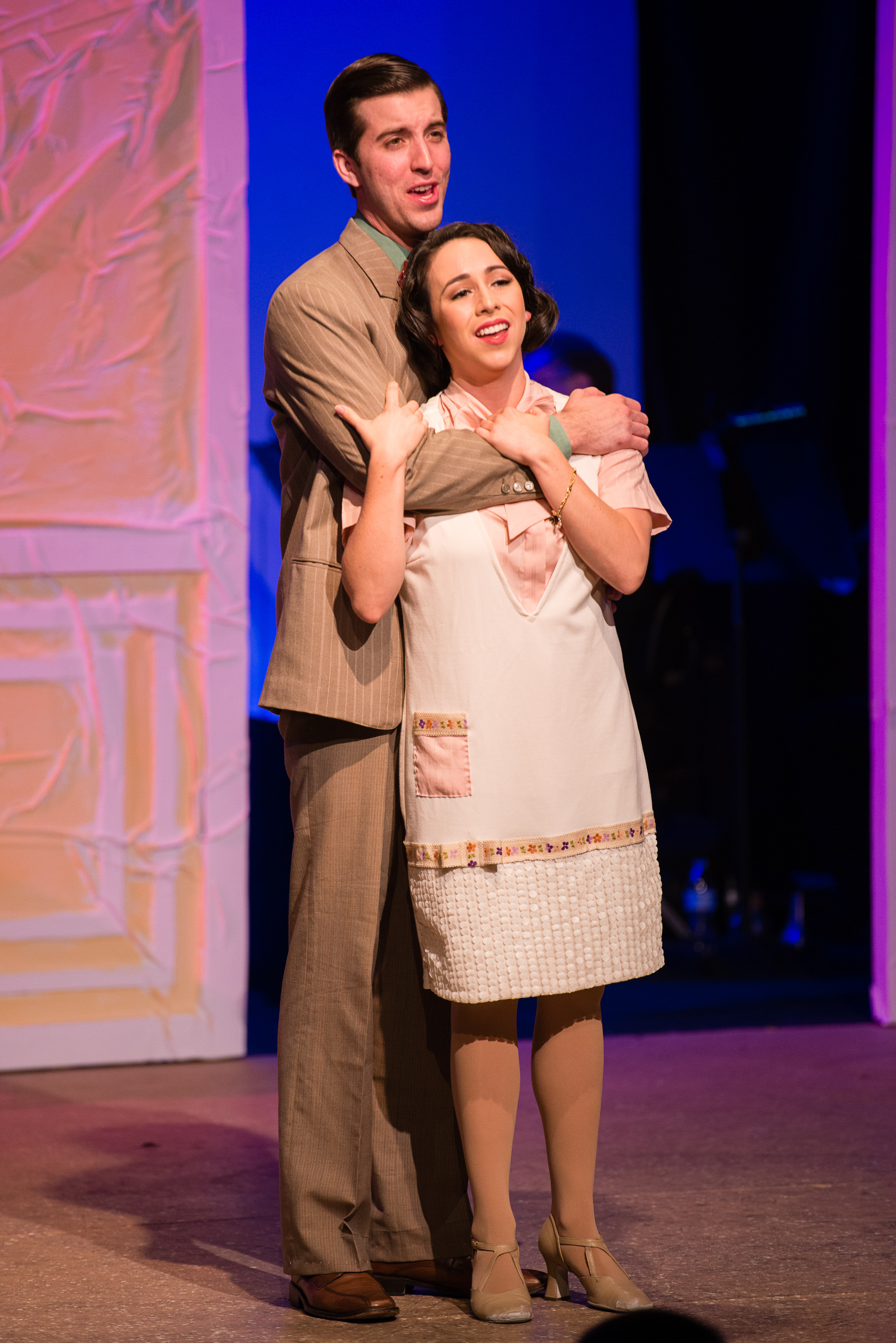 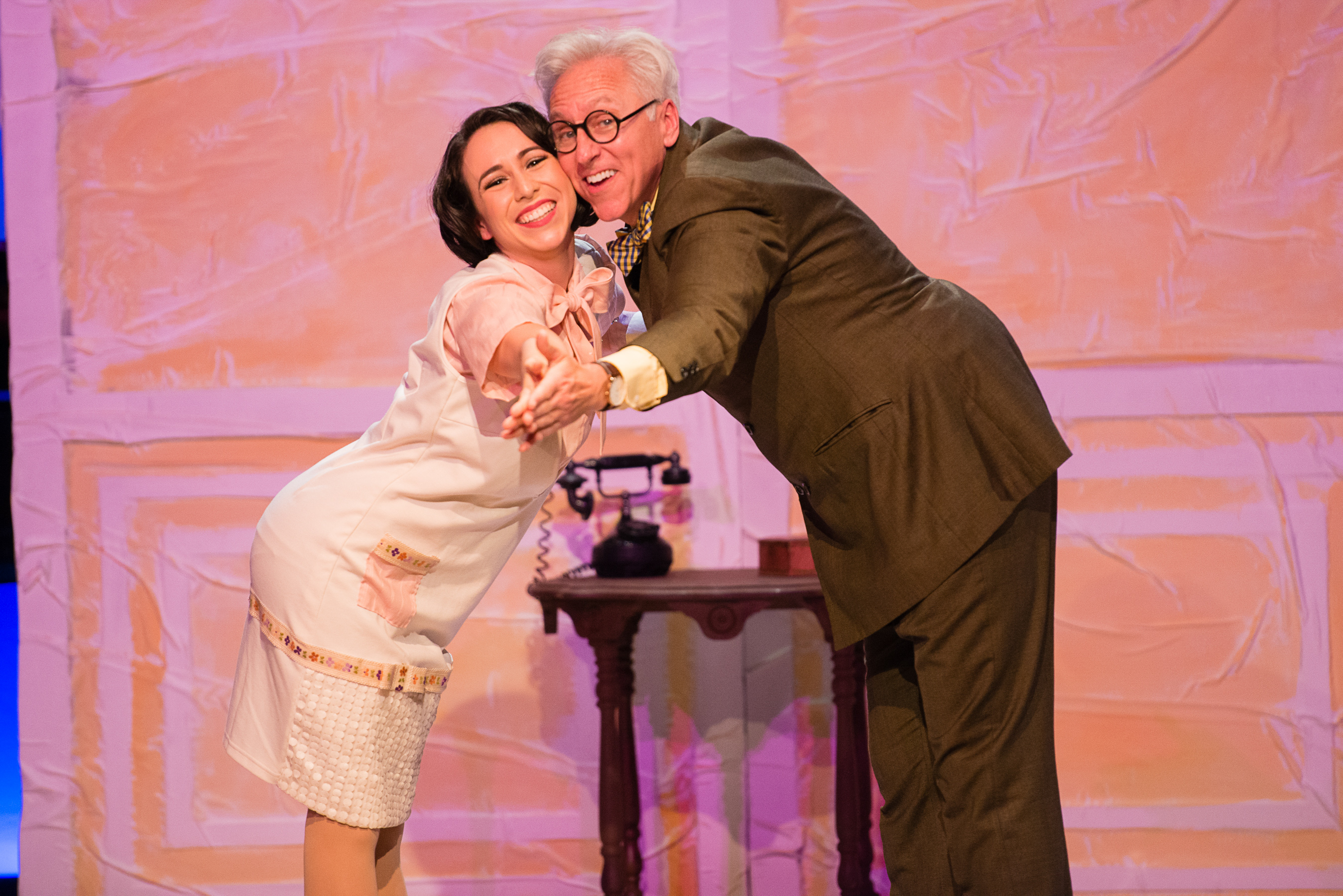 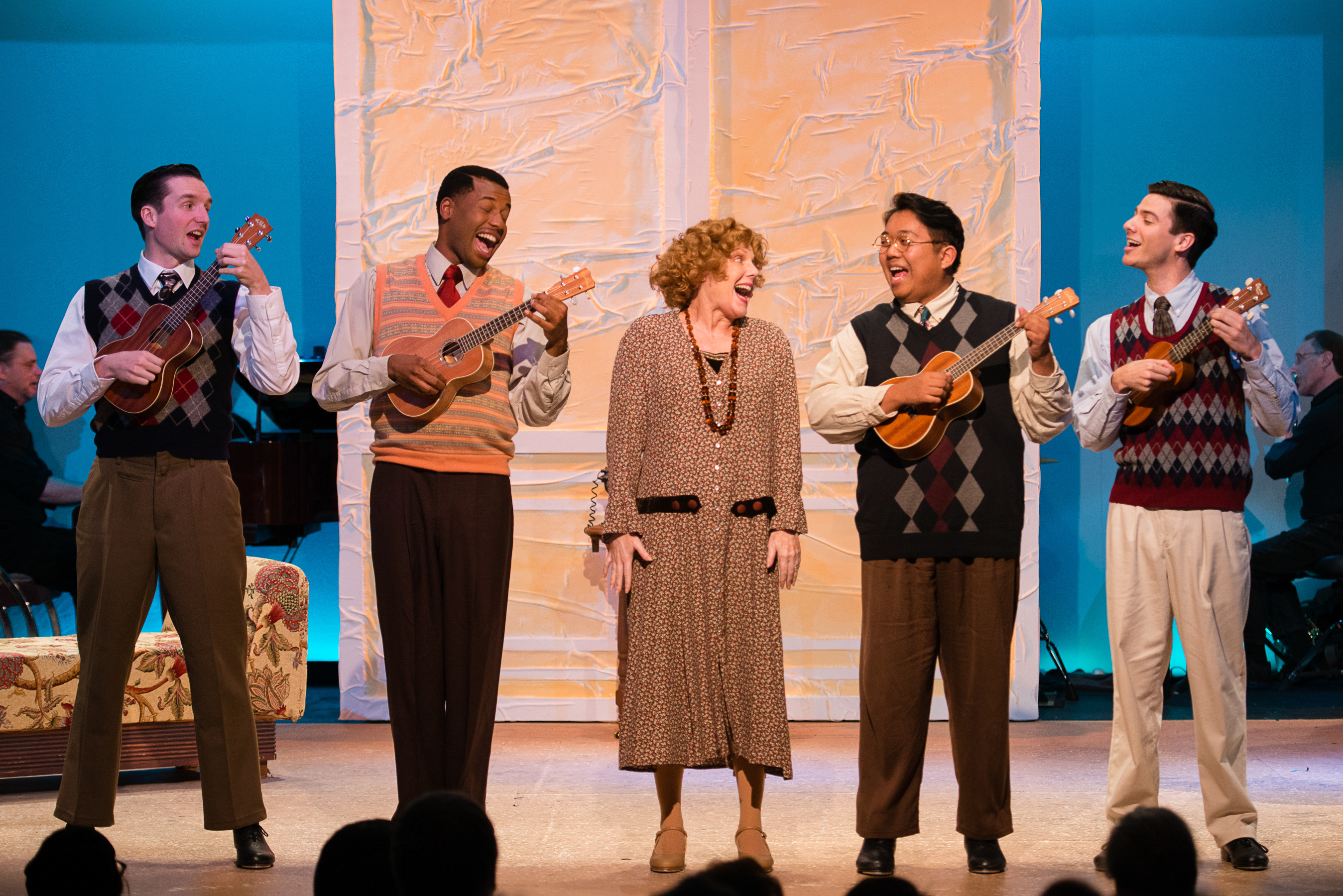 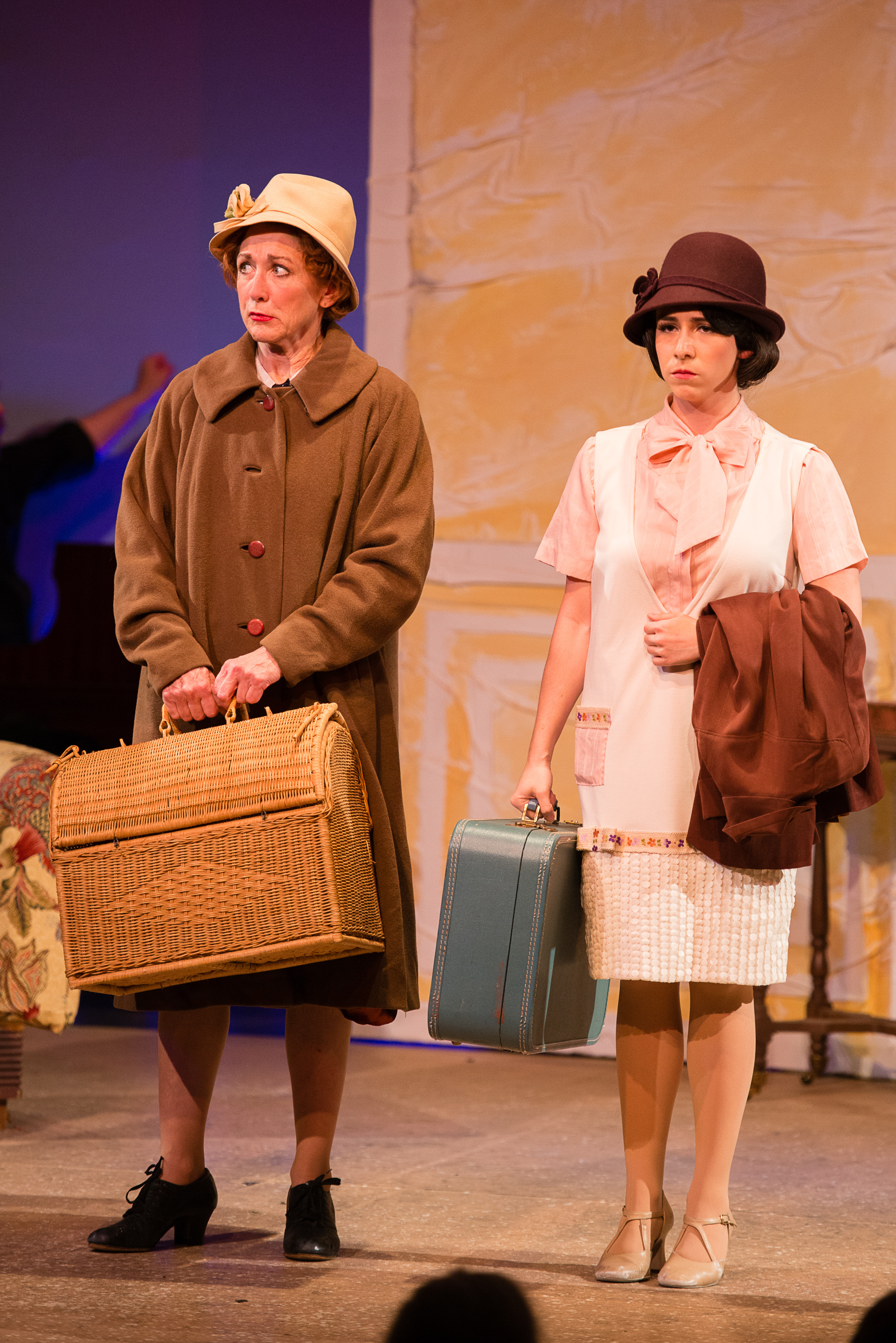 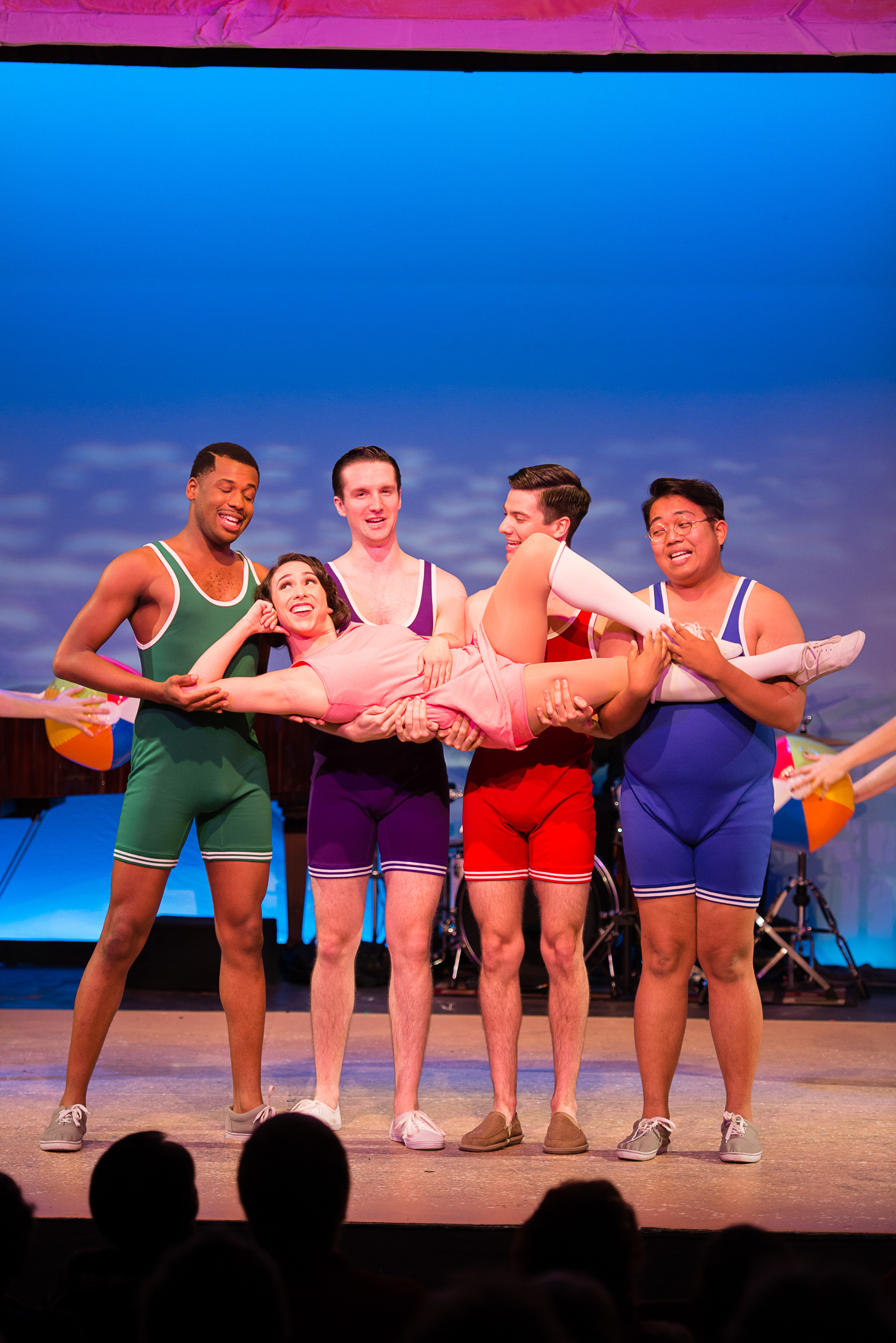 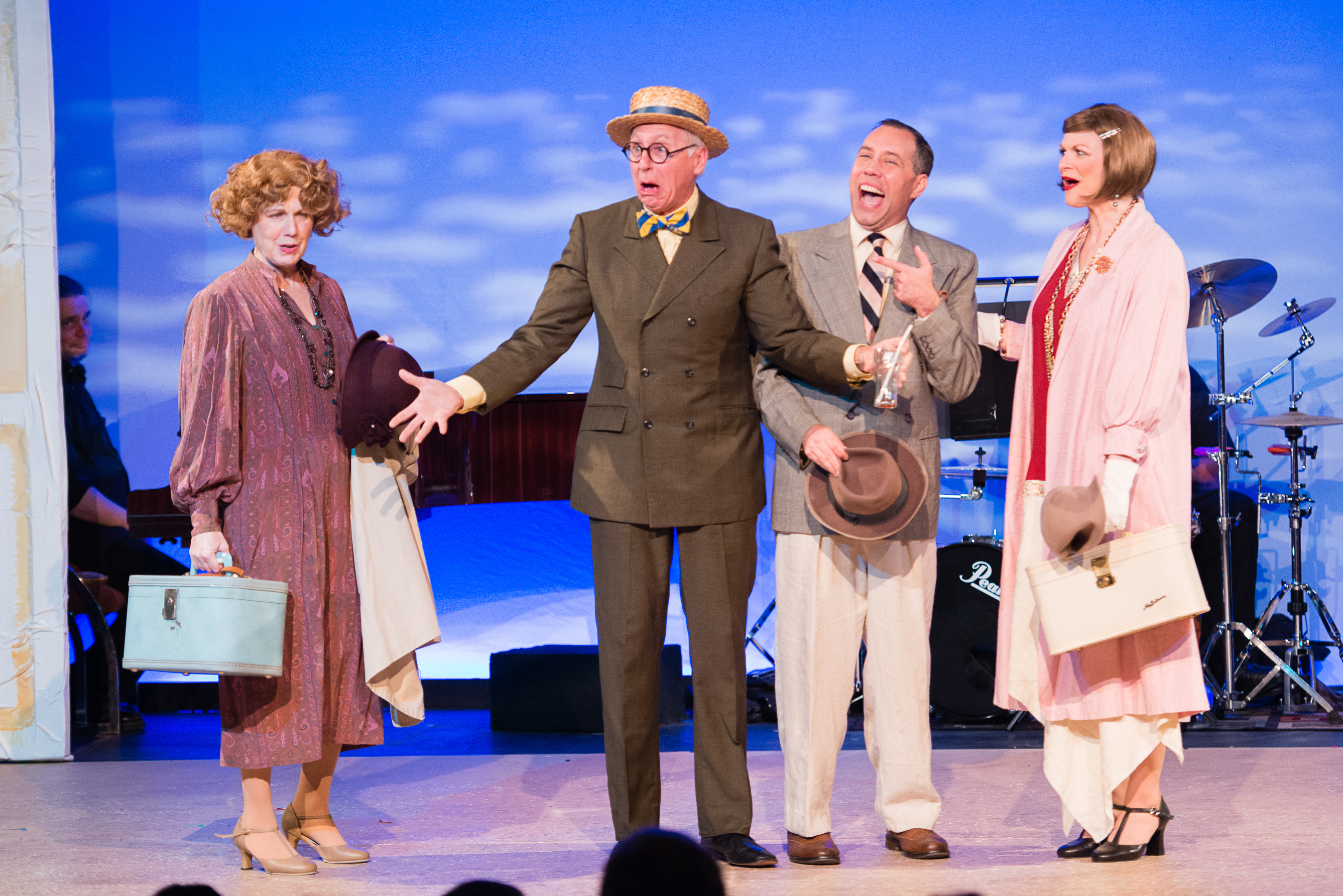 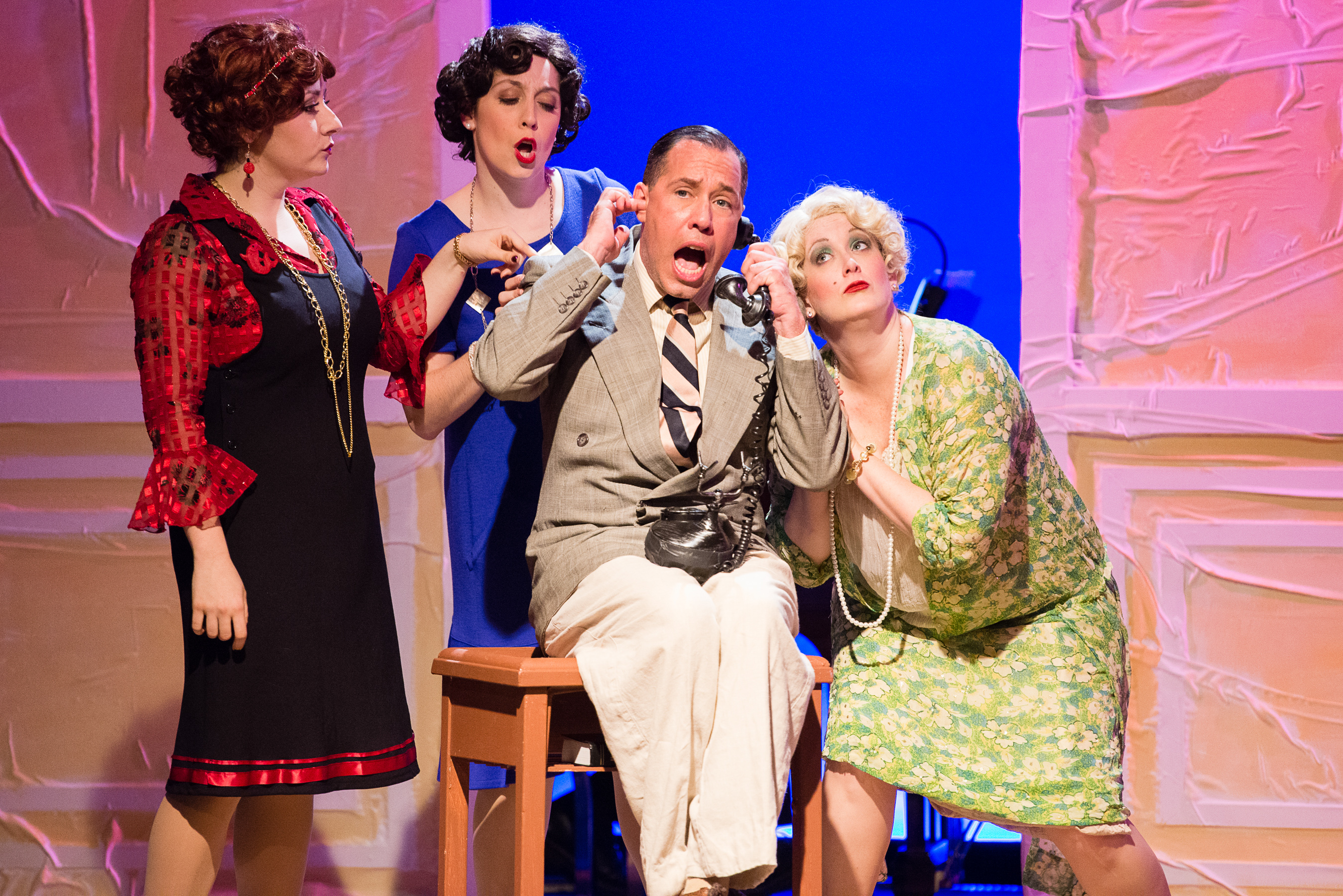 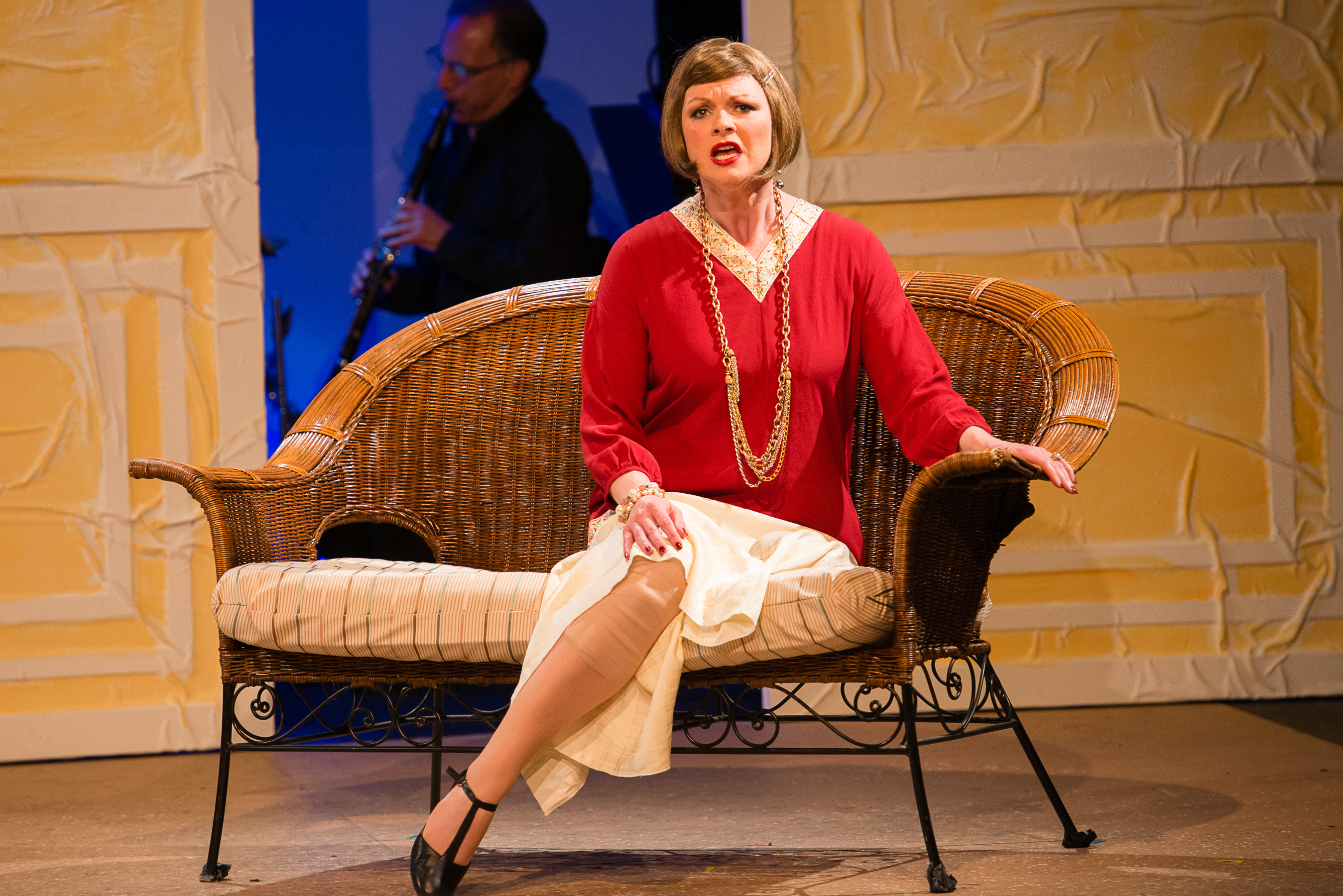 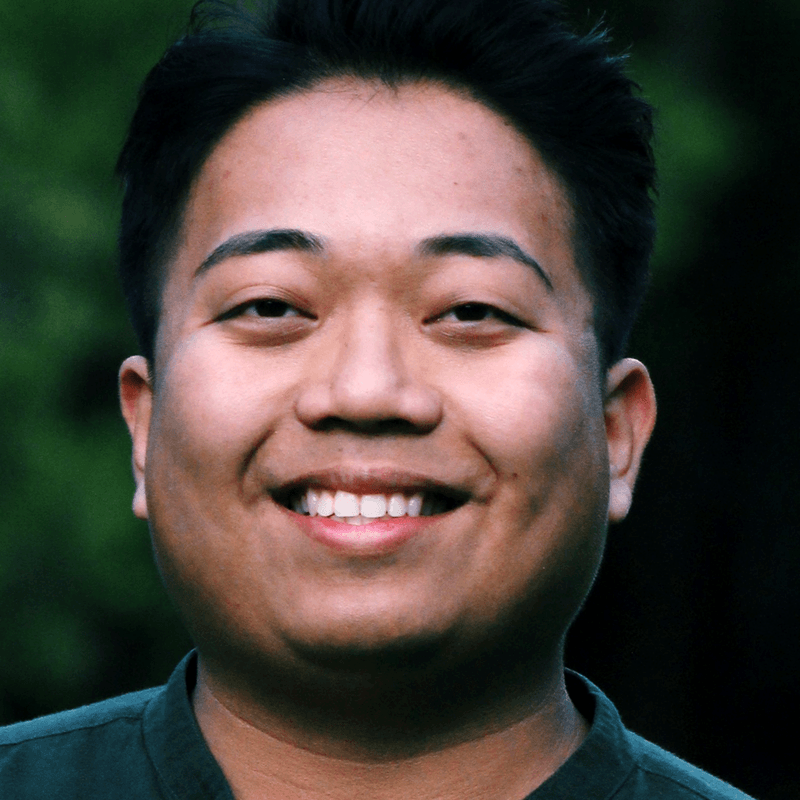 JUAN CASTRO (Ensemble)
Juan is ecstatic about his 42nd Street Moon debut! He graduated from Notre Dame de Namur University with a BFA in Vocal Performance and received BroadwayWorld.com nominations for his performances as Chip in The 25th Annual Putnam County Spelling Bee and Laurie in Little Women. Other roles include Linus in You’re a Good Man, Charlie Brown (Pacifica Spindrift Players), Uncle Fester in The Addams Family (Stage 1 Theatre), and ensemble in both The Addams Family (Palo Alto Players) and American Idiot (City Lights Theater Company). Last spring, he presented an original musical about Lorenz Hart, Songs from the Hart. Instagram: @juancastrophe, Twitter: @juanieboii 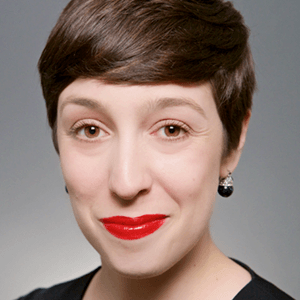 DANIELLE CHEIKEN (Winnie Winslow)
Danielle is an active performer in the Bay Area in both musical theater and opera. Recent performances include a “magnificent, playful, and nimble” Poppea in Opera Theater Unlimited’s L’incoronazione di Poppea (San Francisco Classical Voice) and Lucy in Santa Fe Opera’s The (R)evolution of Steve Jobs. Danielle’s musical theatre experience includes Chauffeur, Will Hays, Opera Singer, and Queen (As Thousands Cheer), Adriana (The Boys from Syracuse), and Desirée Armfeldt (A Little Night Music), to name a few. Her favorite operatic roles include those with a comedic touch, such as Carolina (Il matrimonio segreto), Just Jeanette (Too Many Sopranos), and Fraülein Silberklang (Der Schauspieldirektor). Danielle looks forward to performing in Lamplighters Music Theatre’s The Yeomen of the Guard in August. 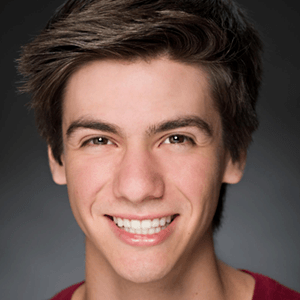 DERRICK CONTRERAS (Ensemble)
Derrick Contreras is excited to make his 42nd Street Moon debut. He was last seen on stage in The Producers at Broadway by the Bay. Past performance credits include: Jack Jr. in Tortilla Curtain (The Western Stage), Fender in Hairspray (Marquee Productions) Geetar in West Side Story (Broadway by the Bay), and Tony in The Boy Friend (West Valley Light Opera). Derrick has also helped choreograph shows at Children’s Musical Theater. Choreography credits include: Grease, Oklahoma!, and Mulan Jr. He has had the opportunity to perform as a guest artist for the Tulare County Symphony as well as perform alongside Audra McDonald. Derrick is a graduate of Stanford University with a Masters in Mechanical Engineering. 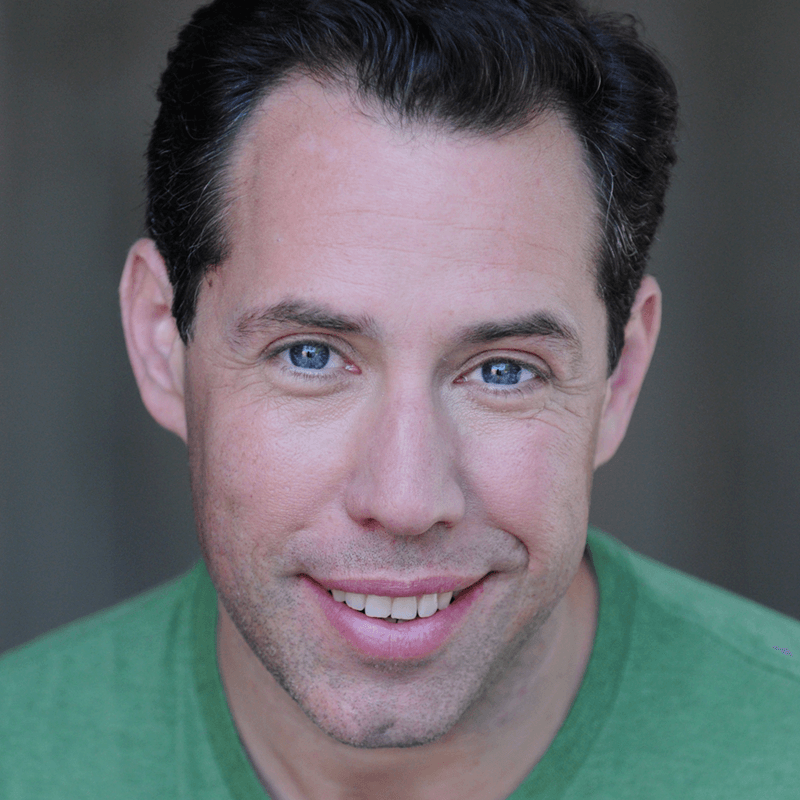 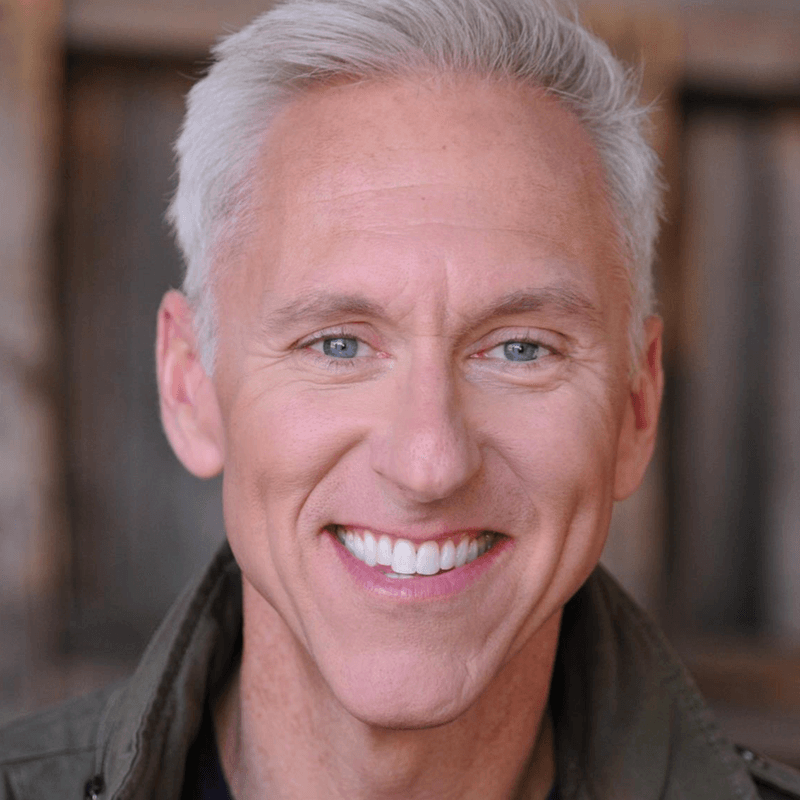 MICHAEL PATRICK GAFFNEY* (Jimmy Smith)
Michael is very grateful to be back performing with 42nd Street Moon. Some of his favorite roles with the company include the King in Jubilee, Charles in High Spirits, and Finian in Finian’s Rainbow. Last fall Michael was awarded Best of Fringe at the San Francisco Fringe Festival for his one-man show, The Oldest Living Cater Waiter: My Life in Three Courses. Other regional theatre companies Michael has worked with include Shotgun Players, Aurora Theatre Company, Center Rep, San Jose Stage Company, Word for Word, and Contra Costa Musical Theatre. Michael is a proud member of Actors’ Equity Association. 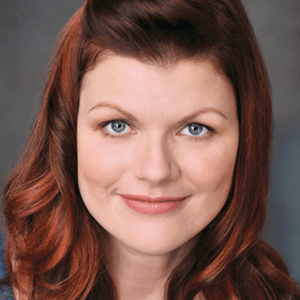 ABBY HAUG* (Lucille Early)
Abby is elated to be returning to the Eureka this Spring for her eighth production with Moon. You may have recently seen her as Irene Adler in Baker Street and Mrs. Banks in Hillbarn Theatre’s production of Mary Poppins. Abby is a native of East Alton, Illinois and graduated with Honors from Webster University’s Conservatory of Musical Theatre in St. Louis. Each performance of Nanette is for her mentor and dear friend who is missed dearly. It was his favorite score and script. Through him, it was her first introduction to this lovely piece of theatre. Byron, I promise I won’t play it “cute.” Now, let’s do some time steps! 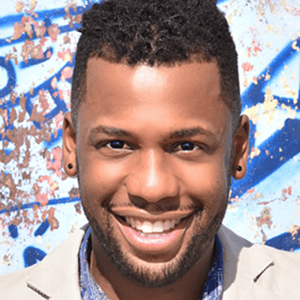 JEAN-PAUL JONES (Ensemble)
Jean-Paul (J.P.) is excited to be making his debut with 42nd Street Moon but he is no stranger to the stage. While living in his native Los Angeles he had the pleasure of performing with groups such as The Al McNeal Jubilee Singers, Los Angeles Master Chorale and L.A. Opera Chorus. He now resides in San Francisco where he primarily works as a singer and an educator. Since moving up north he has performed with Bay Area companies such as Cinnabar Theater, Moonlet Theater, theTRIBE Productions and as a countertenor with musical ensembles such as Philharmonia Baroque Orchestra Chorus, Pacific Collegium, Pacific Mozart Ensemble, The Grace Cathedral Choir of Men and Boys. 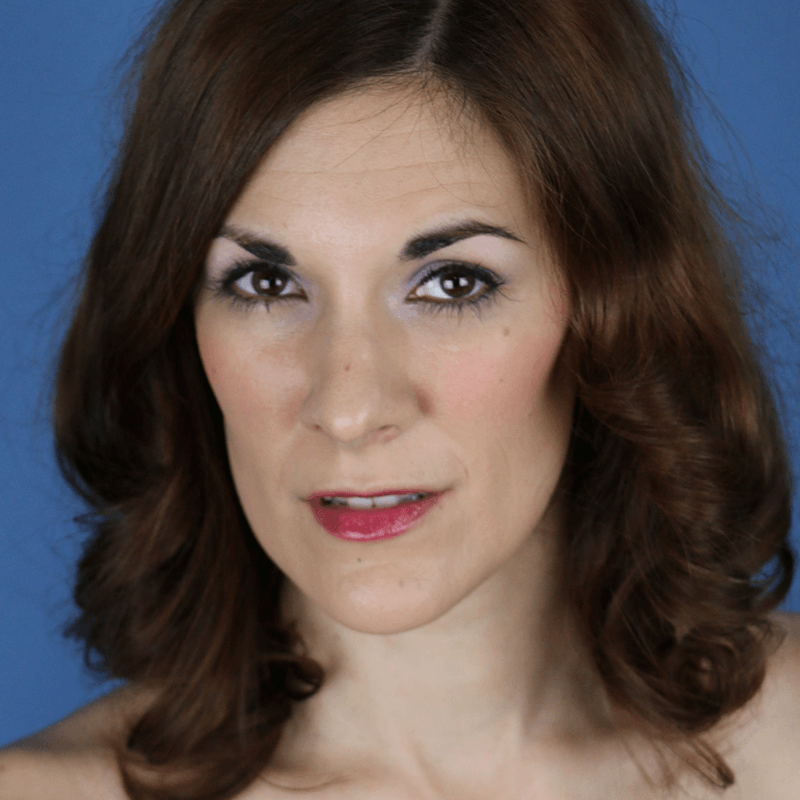 MARY LAUREN (Ensemble)
Mary is thrilled to be in her first Moon show. Off-Broadway: Sarah in Sarah Was Mine (Cherry Lane), Sophia in Sophia (June Havoc), Donna in the world premiere of Believers (WorkShop Theater), Trixie in Jackie Mason Musical (The Davenport Theater) Sally in Honestly Abe and Elizabeth in Yankee Peddler (The Actors Temple), Choreographer/Tribe in Hair (Secret Theatre), Choreographer/Betty in Fabulous (Times Square Arts). Regional: Gertrude in Hamlet (Compass Rose) Helena in Midsummer (Mysterium), Ruth in Thoroughly Modern Millie and Rita in White Christmas (Sierra Repertory), Liesl in The Sound of Music (Curtain Call Dinner Theatre), Celeste in Sunday in the Park with George (The Chance), Natalie Wood and Ginger Rogers in Home (St. George Productions) and Polly in The Boyfriend (Greer Garson Theatre). 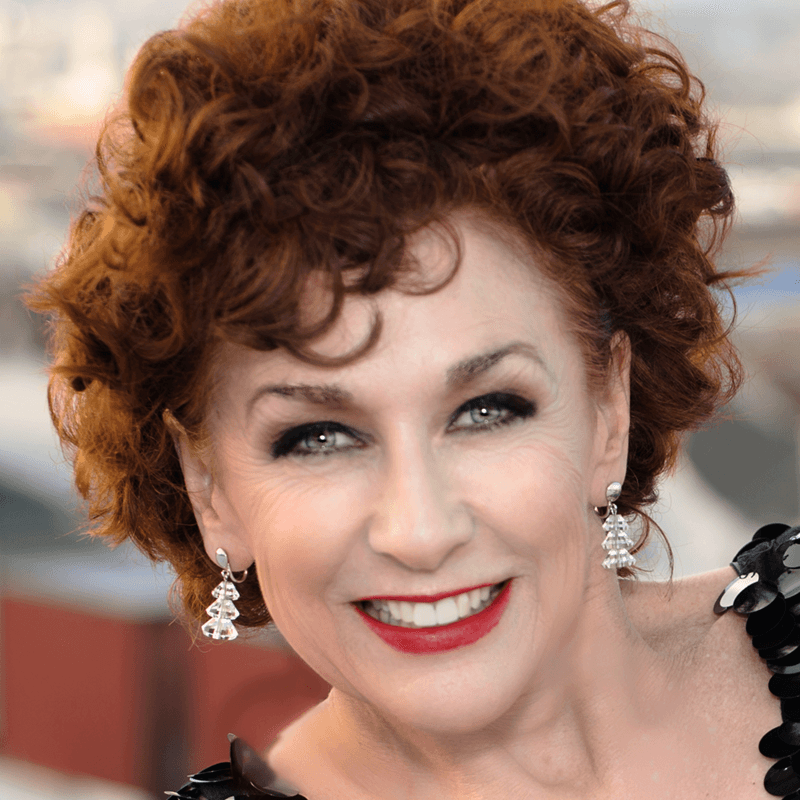 MAUREEN McVERRY* (Pauline)
Maureen is pleased to return for her sixth show at Moon after appearing in Pardon My English, Very Warm For May, The Student Gypsy, Wildcat, and High Spirits. She also directed Oh, Kay! for Moon in 2014. Last fall she was in It Shoulda Been You at Center Rep. Theatrical credits include shows at SF Playhouse, Center Rep, ACT, TheatreWorks, Geffen Playhouse, ART, LATC, San Jose Rep and Stage, Aurora, Marin Theatre Company, and other venues. Maureen’s really fun cabaret show Love Will Kick Your Ass will happen this June 1st at Feinstein’s at the Nikko. A member of AEA and SAG since 1984, she has appeared in ten feature films and many commercials and TV shows. Check out Maureen as the Olsen twins’ teacher on Full House! A winner of several TCCBA awards, Maureen is an award winning teacher and creator of a musical theatre camp who also directs gigantic middle school musicals in Redwood City. Since 2014, each moment on stage is dedicated to Rick. 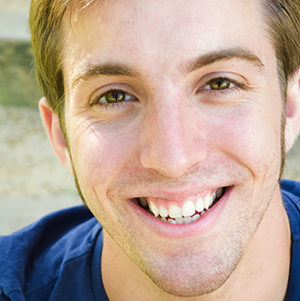 ANDREW MONDELLO (Tom Trainor)
Andrew is elated to be returning to 42nd Street Moon after his debut as Wiggins in Baker Street last fall. Andrew has been performing around the Bay Area for the last two years since receiving his degree in acting from UC Irvine. Some favorite credits have been the West Coast premiere of The Sweet Smell of Success (JJ Hunsecker) and The 25th Annual Putnam County Spelling Bee (Leaf Coneybear), among many others. Offstage you can usually find him, quite literally, ‘clowning’ around or on his longboard. All the love and thanks to his ever supportive family, both related and not. Enjoy the show! andrewmondello.com 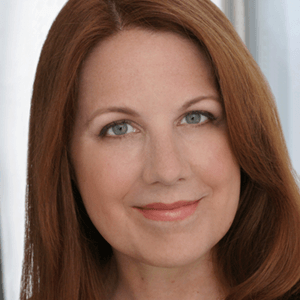 LEE ANN PAYNE* (Sue Smith)
Lee Ann was last seen on the Moon stage as Ninotchka in Silk Stockings. She also choreographed Moon’s productions of Nymph Errant and Three Sisters. Recent credits include Diana in Next to Normal; Mrs. Weston in Jane Austen’s Emma; Dorothy Brock in 42nd Street; and the Witch, et al in The Snow Queen. Lee Ann is the resident choreographer at Jewel Theatre in Santa Cruz, and is thrilled to be able to dance all over the Eureka stage! She holds an MFA in Musical Theatre from San Diego State University. For Ehud. 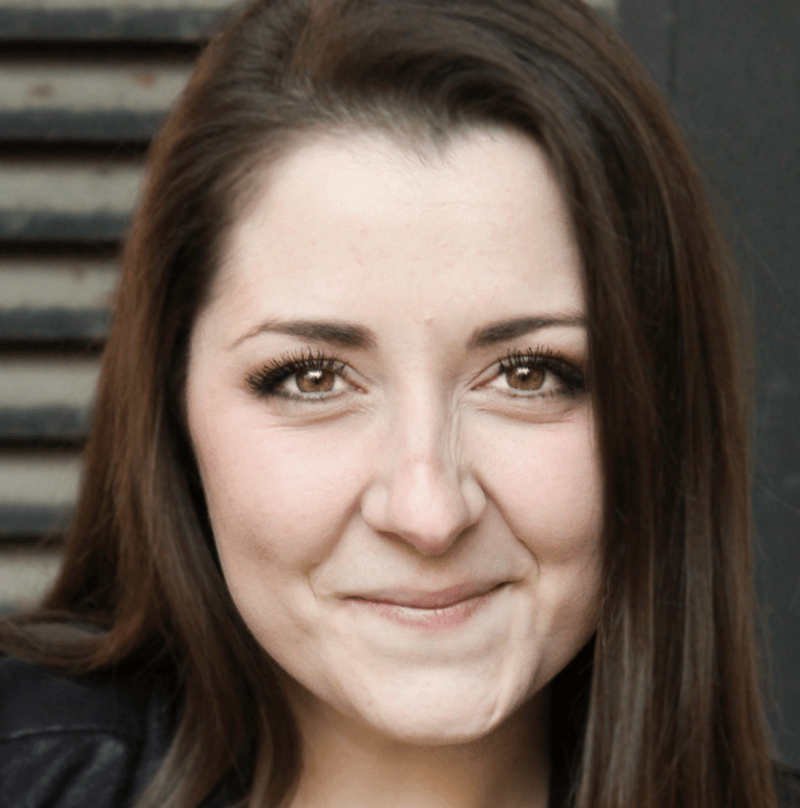 SAMANTHA PISTORESI (Betty Brown)
Samantha is honored to be working with 42nd Street Moon. She is a graduate of Santa Clara University where she received her B.A. in Theatre and Dance. During the day, she is the Program Coordinator for the Arts for Social Justice Program at Santa Clara University, and the Artistic Director for the non-profit theatre company The Audacity Performing Arts Project, Inc. Some of her favorite past productions include Beauty and the Beast (Babette), A Chorus Line (Bebe), Little Shop of Horrors (Audrey), 9 Circles (Young Lawyer/Shrink), and Escaping Queens (Laura). For more information, visit www.SamanthaPistoresi.com 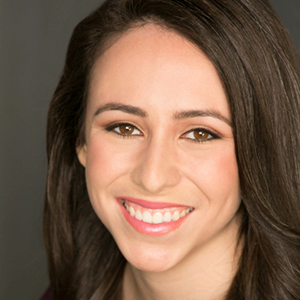 SAMANTHA ROSE (Nanette)
Samantha incredibly thrilled to make her 42nd Street Moon debut! She was most recently seen as Mallory/Avril in SF Playhouse’s City of Angels and Emily Webb in Foothill Theatre’s Our Town. Other favorite roles include: Maria (West Side Story, Broadway By the Bay), Nina (In The Heights, Broadway By the Bay), Ariel (The Little Mermaid, CMT Marquee Productions), Olive Ostrovsky (Spelling Bee, Hillbarn), and Heather Duke (Heathers: The Musical, Ray of Light Theatre). Thank you to Cindy for her fierce guidance, to her all-star castmates, and to her mentors and teachers Mindy Lym and Bobby Weinapple. This show is dedicated to Auntie Retta. Endless love to family and friends who support her dreams and to YOU who are here today! 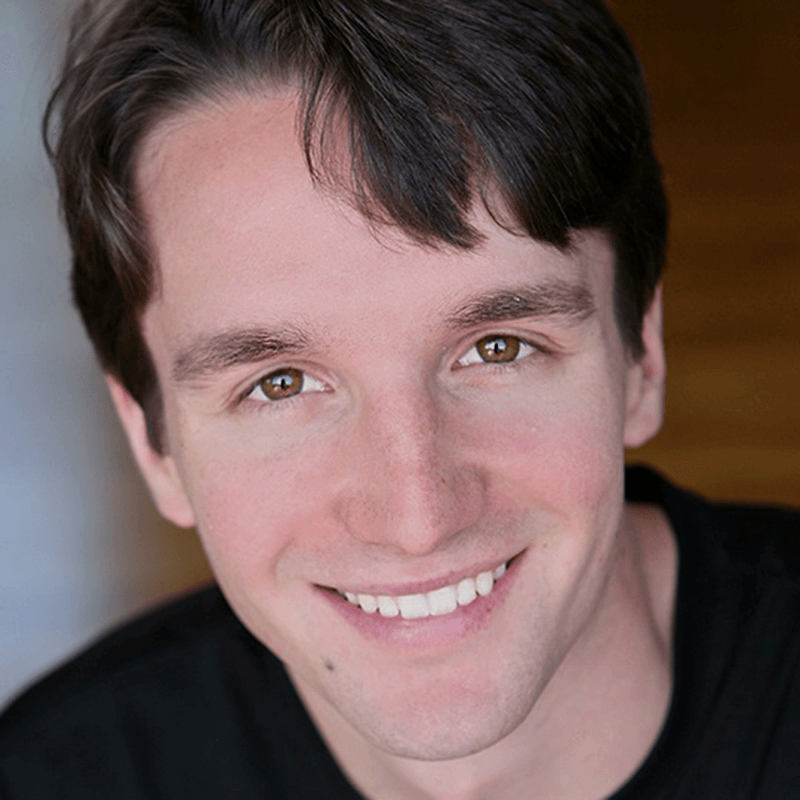 NATHANIEL ROTHROCK (Ensemble)
Nathaniel is returning to Moon for his sixth show with the company. Nathaniel has had the privilege to work with theatre companies up and down the Bay Area since graduating from Middlebury College in 2013. He also enjoys playing in the cover band “Up and to the Right” as lead vocalist and rhythm/solo guitarist. When not engaged onstage, Nathaniel teaches voice and piano lessons. Previous show credits: The Boy Friend, I Married an Angel, DuBarry was a Lady, Carnival, Sail Away (42nd Street Moon); It Shoulda Been You, Anything Goes (Center Repertory Theatre); The Little Mermaid, My Fair Lady (Pacific Coast Repertory Theatre). actor.rothrockfamily.com 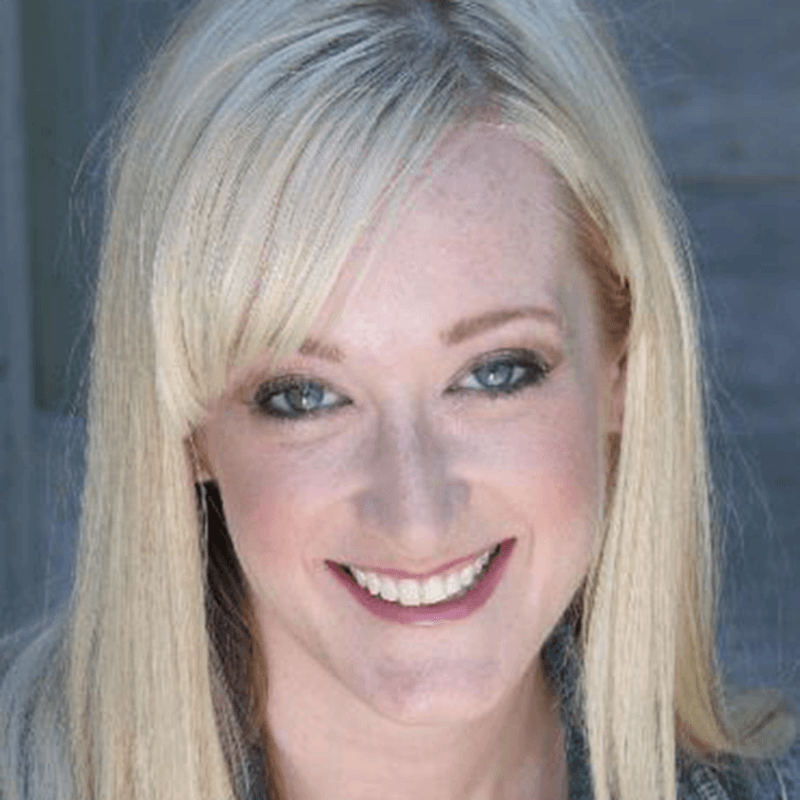 Family and Student Matinee date for No, No, Nanette: Saturday, May 6, 1:00 PM