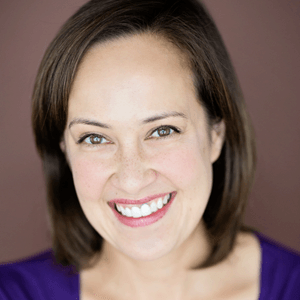 Katherine Stein is loving this chance to dance in a classic 1950’s Broadway story. Not since 2014, with Gentlemen Prefer Blondes, has she dived into a guy-meets-girl narrative with a history going back more than 60 years! Katherine relocated from Los Angeles to the Bay when her children were preschoolers. This is her first stage gig in San Francisco, but you can spot her dancing in the streets in front of the Transamerica Pyramid on the first episode of Zoey’s Extraordinary Playlist (NBC/Peacock). Earlier this year, she played Valerie, a lonely Dubliner who moves to the remote Irish countryside in The Weir (Jewel Theatre, Santa Cruz). Other local credits include Nine (SJ Playhouse), Curtains (Hillbarn Theatre), Sweeney Todd (CMTSJ Marquee), and Chicago (Woodminster). Katherine lives in the East Bay with her husband and two children. She has a B.A. in theatre/communication from UC San Diego.