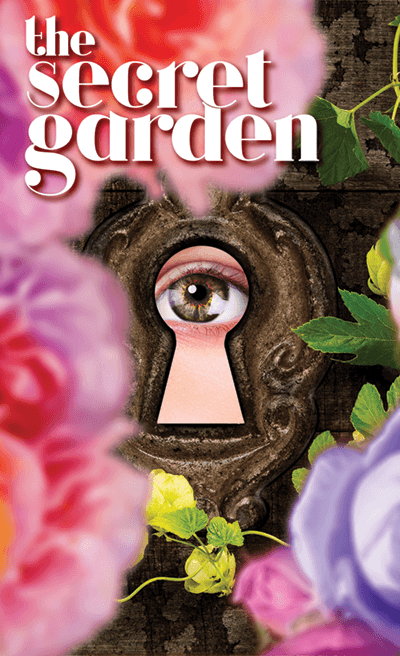 Based on the classic English children’s novel, a beautiful and haunting story comes to life in this 1991 musical, featuring a Tony-winning score and book by an all-female creative team. In the late 19th century, 11-year-old Mary Lennox is orphaned in India and comes to Yorkshire to live with her reclusive uncle and invalid cousin. There she discovers a mysterious and seemingly enchanted garden, and all three come to know forgiveness, renewal and hope. The Secret Garden is a wonderful show for the whole family to enjoy at the holiday season!

THE SECRET GARDEN runs about two hours and fifteen minutes, including one intermission. 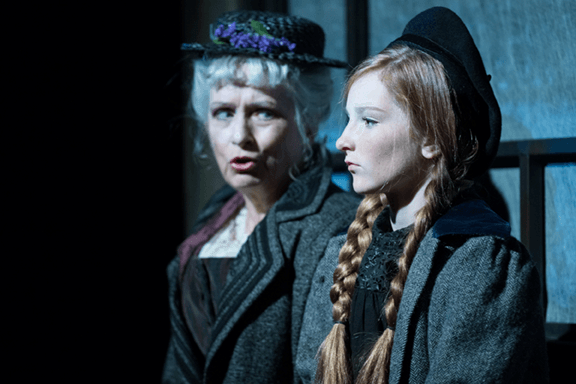 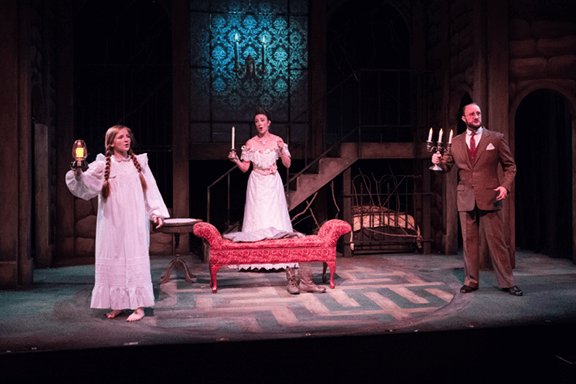 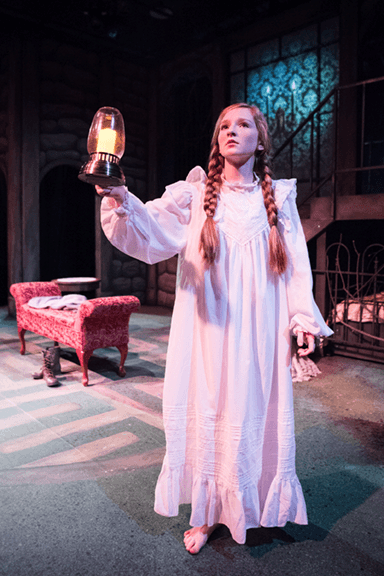 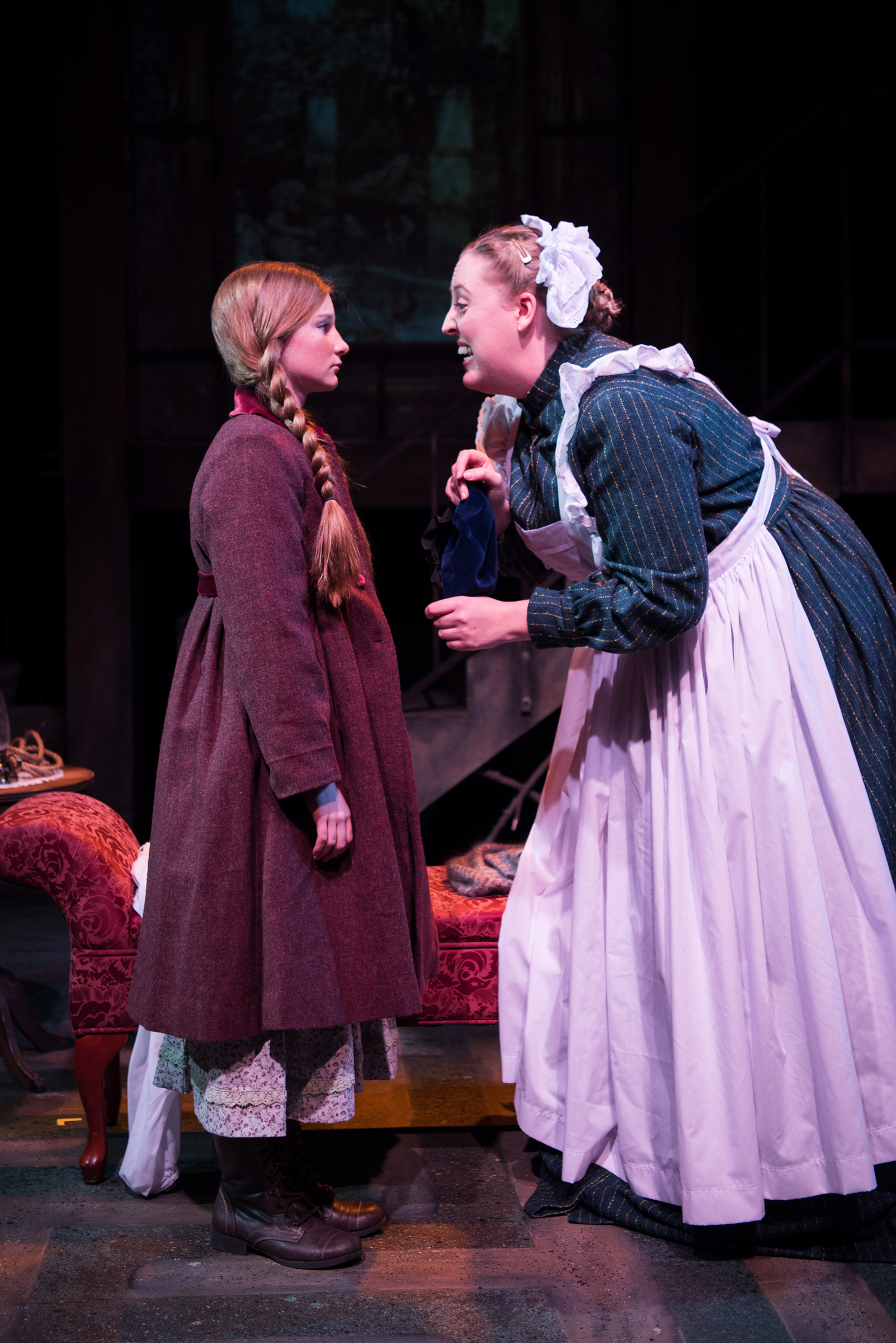 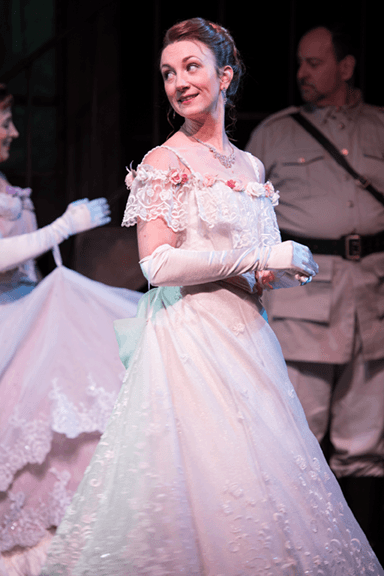 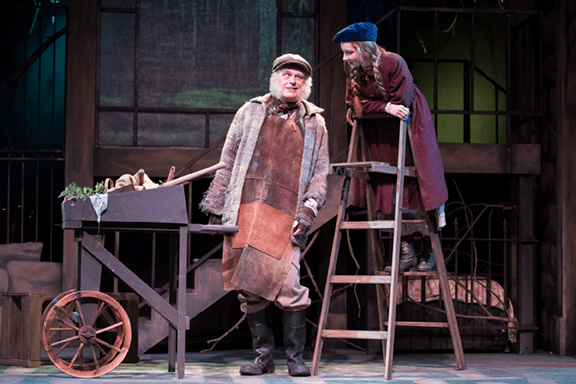 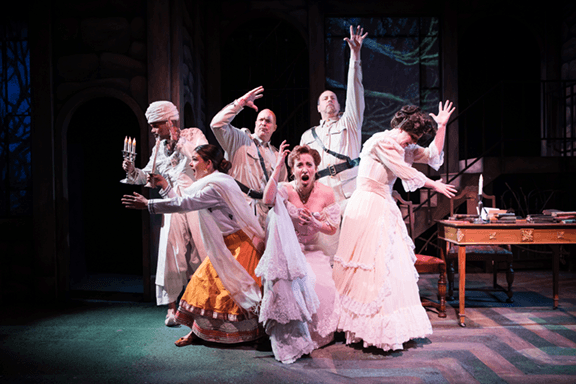 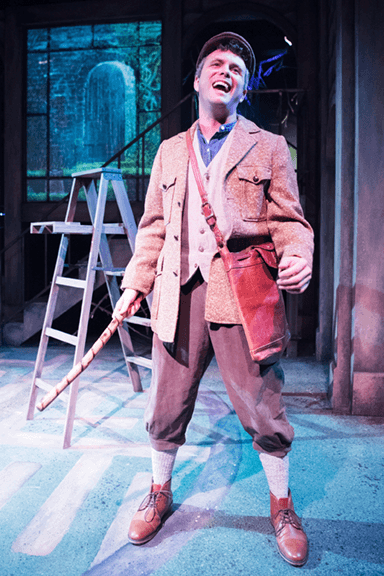 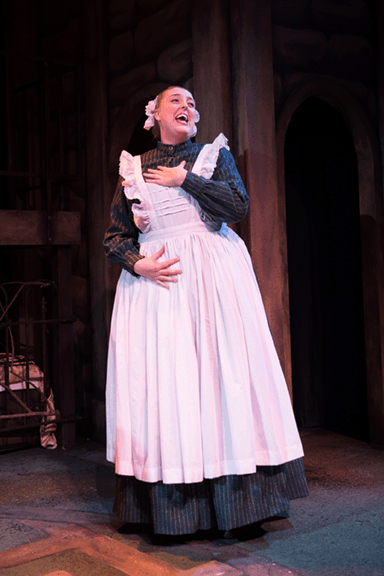 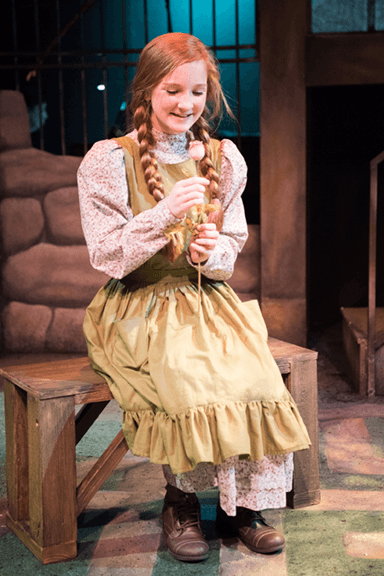 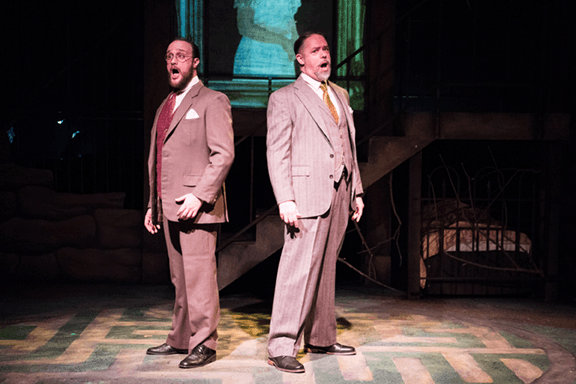 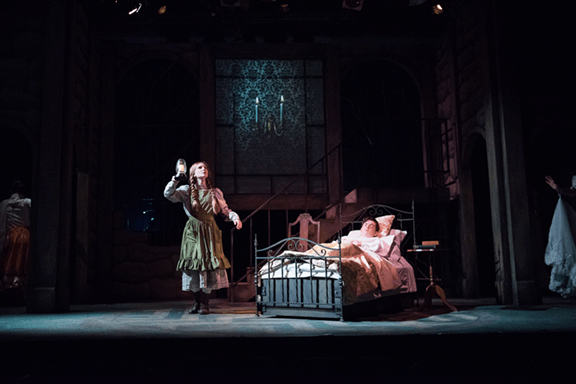 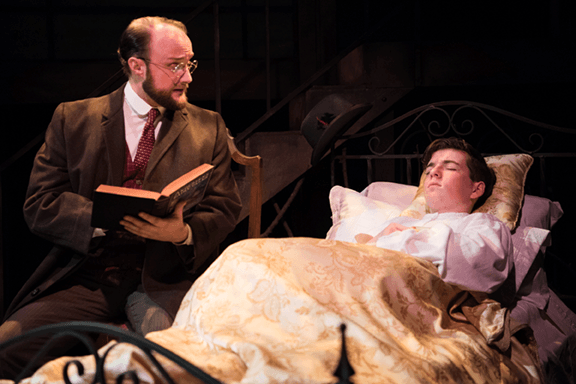 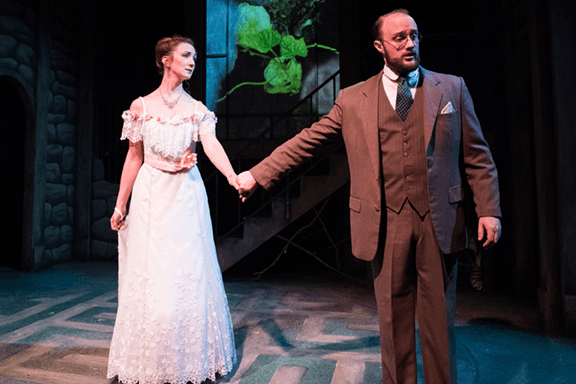 All photos by Ben Krantz Studios 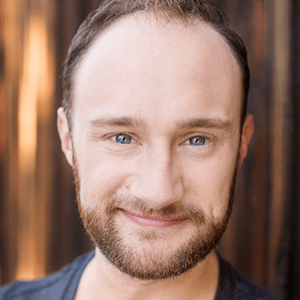 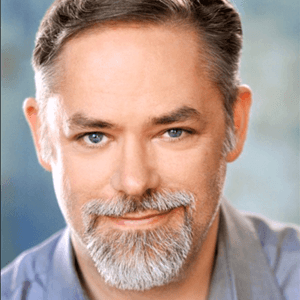 EDWARD HIGHTOWER* Neville Craven
Edward has previously appeared at 42nd Street Moon as Max Mencken in It’s A Bird, It’s a Plane, It’s Superman! Recent roles include Julian Marsh in 42nd Street with Pacific Coast Repertory Theatre (PCRT), Lord Farquaad in Shrek at Woodminster Amphitheatre (2016 TBA Award), Henry Higgins in My Fair Lady at PCRT, Billy Flynn in Chicago with Lucky Penny, and Dr. Danielson in The North Pool with Dragon Productions. An avid backpacker, Edward prefers to explore the High Sierra when not rehearsing or performing. Come see him as Cervantes/Quixote in Man of La Mancha at Custom Made Theatre Company, January 11 – February 17, 2018. Edward is represented by MDT, and is a proud member of Actors’ Equity Association.You can savor his writing at ewhightower.com 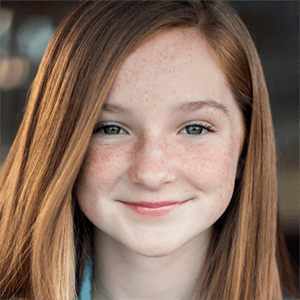 KATIE MAUPIN Mary Lennox
Katie is twelve years old and in 7th grade. Her past credits are with Hillbarn Theatre, and include Willy Wonka Jr. (Candyman), Cinderella (Stepmother), Into the Woods (Little Red), To Kill a Mockingbird (Scout/Towns-kid), 13 (Lucy), Mary Poppins (Jane Banks), and Changing Minds (Claire). When not onstage, Katie takes tap, ballet, jazz, modern, and is on the dance team at Kirkpatrick’s School of Dance. She is also teaching herself how to play the piano and guitar and loves to nurture her vegetable garden at home. Katie is so grateful to be making her 42nd Street Moon debut in The Secret Garden. She hopes the show inspires you to live everyday with an open heart! 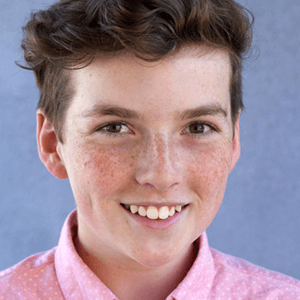 TYLER GROSHONG Colin Craven
Tyler is fifteen years old and a sophomore at the Nueva School in San Mateo. Favorite roles have included playing Peter Cratchit in 42nd Street Moon’s Scrooge in Love!, Dill Harris in Hillbarn Theatre’s To Kill a Mockingbird, and Little Boy in Ragtime at both Woodside Community Theatre and Stanford BLACKstage. Tyler began acting at Peninsula Youth Theatre when he was eight, and performed in five shows with PYT. Tyler loves to take photos, paint, play guitar, and shoot films, and he is so happy to be performing in his second show at 42nd Street Moon with this wonderful cast, crew, and staff! 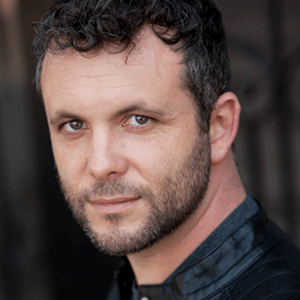 KEITH PINTO* Dickon
Keith is excited to return to Moon after appearing in Snoopy!! and Where’s Charley. Other favorites include 1776 and Scapin with American Conservatory Theater; Fly By Night with TheatreWorks; Into the Woods, Company and She Loves Me with San Francisco Playhouse as well as Sweet Charity, The Underpants and Lucky Stiff with Center Rep. Keith is a co-founder of the award winning hip-hop band and theater company, Felonious. Felonious theater pieces which Pinto appeared in as well as choreographed include: Beatbox: A Raparetta, Angry Black White Boy and Stateless: A Hip Hop Vaudeville Experience. Felonious has recorded numerous albums and performed with groups such as: The Black-Eyed Peas, LL Cool J, The Roots, Digital Underground and De La Soul. 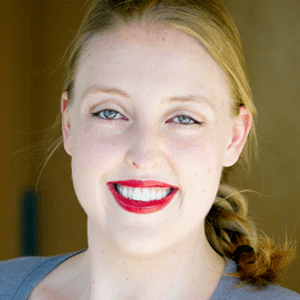 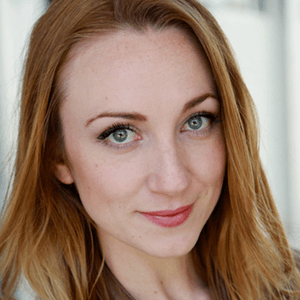 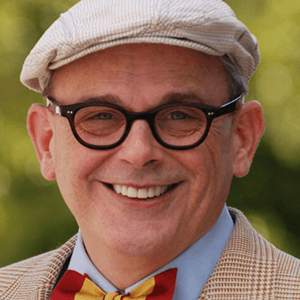 SCOTT HAYES Ben Weatherstaff/Lt. Wright/Dreamer
Scott delightedly returns to 42nd Street Moon, having recently appeared as Lady Bracknell in the Firescape Theatre’s The Importance of Being Earnest and as Dr. Hannibal Lecter in Cloud 9 Theatricals/Ray of Light’s production of Silence! The Musical. Other credits include Where’s Charley? and Sugar (42nd Street Moon), Christmas with the Crawfords (Lincoln Theater, Napa), Women Behind Bars (Wellfleet Harbor Actors Theater), The SantaLand Diaries (Art House), The Wild Party (CTEK Arts), Times Square Angel (Provincetown Theatre Company), and Working, Take Me Out and Wonder of the World with Counter Productions. As his alter ego “Norman Vane” (cabaret artiste and bon vivant) he’s played clubs on both coasts and was acclaimed “Best Comedic Cabaret Performer” by Martuni’s in 2013. Scott next appears in Moon’s production of Me and My Girl in May. 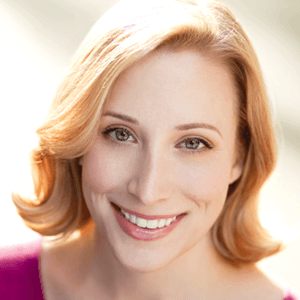 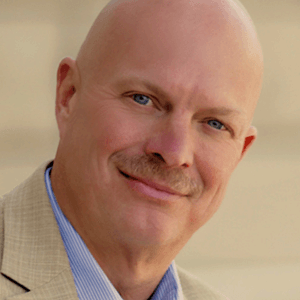 RYAN LEE HENRY Albert/Dreamer
Ryan is delighted and grateful to have the opportunity to work on The Secret Garden with one of his all-time favorite Theatre companies! Since re-connecting with acting a few years ago, he’s worked throughout the Bay Area in various roles. When not playing an alarmingly scary yet loving Dreamer, Ryan can be found in the South Bay playing with his Rhodesian Ridgeback Puppy and Handsome Husband. 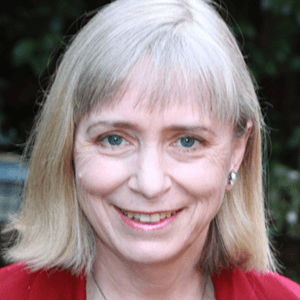 LUCINDA HITCHCOCK CONE* Mrs. Medlock/Dreamer
Lucinda’s recent appearances include Aoife in Outside Mullingar at Theatreworks and Linda Loman in Death of a Salesman at San Jose Stage Company; both performances were nominated for Bay Area Critics Circle Awards. Here at Moon her credits include Sail Away, Do I Hear a Waltz, The Grass Harp, and Fanny. She has performed at Berkeley Rep, Theatreworks, B Street Theater, Sacramento Theater Company, Sacramento Music Circus, Aurora Theater, San Jose Rep, Marin Theater Company, PCPA, Hartford Stage, Arizona Theater, Indiana Rep, Portland Stage, The Geva, St. Louis Rep, Folger Theater, among others. She did the National Tour of Big River and has received four Bay Area Critics Circle Awards, a Dramalogue Award, and a Dean Goodman Award for The Grass Harp. 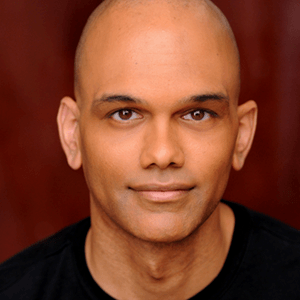 MICHAEL MOHAMMED Fakir/Dreamer
Michael has been seen in Beckett’s Act Without Words with a new score by Luna Pearl Woolf, as Fatty in The Rise and Fall of the City of Mahagonny (Redwood Symphony), as Mitch in The 25th Annual…Spelling Bee (Los Altos Stage), and in the dance film “Separate Sentences.” His operatic roles include the title character of Handel’s Orlando (Black Box Baroque) and Bertarido in Rodelinda (Handel Opera Project). He also is a collaborator with the performance company Mugwumpin. He recently directed and choreographed Song of the Nightingale (Town Hall Theatre) and Willy Wonka and the Chocolate Factory (Bay Area Children’s Theatre). He works next door to the Moon offices at the San Francisco Conservatory of Music as Director of the Musical Theatre Ensemble. www.michaelmohammed.net 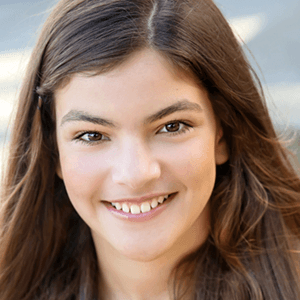 ANJALI BLACKER Ayah/Mary US/Dreamer
Anjali is thrilled to spend her third holiday season running with 42nd Street Moon, after playing Nora for the past two years of Scrooge in Love! Her love of performing began with many living room plays directed, costumed and acted by herself, her brother Alex and three cousins. She has appeared in several musicals with MoonSchool, and played one of two leads in the short film “Shake” when she was 10. These days she’s a particular fan of tap dance, improvisation class, and of breaking into British or Indian accents spontaneously. She is honored to bring her Indian heritage to the Ayah role. Anjali is currently an eighth grader here in San Francisco. 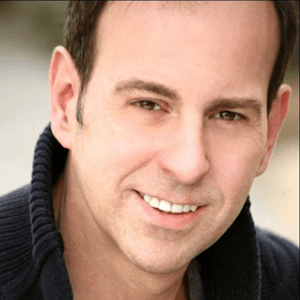 TERRENCE McLAUGHLIN Maj. Holmes/Dreamer
Terrence is a classically trained singer who has performed in shows in the Chicagoland area as well as San Francisco. Favorite roles include Zangara in Assassins, Pirelli in Sweeney Todd, Magaldi in Evita, Pilate in Jesus Christ Superstar and Cinderella’s Prince/Wolf in Into the Woods. For the past three years, he has starred as Edina Monsoon in the drag stage version of Absolutely Fabulous Live! The production won a Bay Area Reporter Bestie Award and Terry got to promote the film which came out last year. He has also sang with San Francisco Gay Men’s Chorus and was often featured as a soloist. 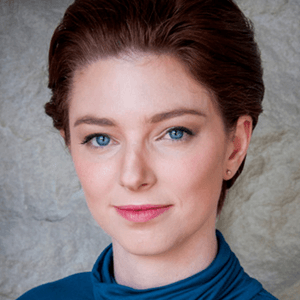 CORINNE RYDMAN Claire/Dreamer
Corinne is delighted to be making her debut with 42nd Street Moon. Recent credits include Mrs. Prysselius in the Bay Area Children’s Theatre production of Pippi Longstocking, Bronwyn in the world-premiere of Hunter with Opera Theatre Unlimited, and Volpino in the TBA-nominated Lo Speziale with Bay Area Opera Collaborative and Dragon Productions. When not on stage, Corinne can be seen tasting the latest trends in Bay Area ice cream and writing about the parallels of arts education and soccer. She has a Master’s in Music from SFCM and a bachelor’s in Elementary Education from Westminster College of Salt Lake City. More at corinnerydman.com.