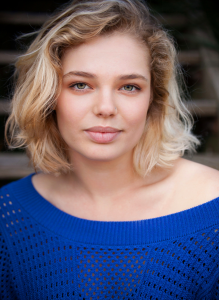 Cate Hayman, a Bay Area Local,  recently graduated from Carnegie Mellon University with her BFA in Drama. After being home for over a year, she just moved to New York City! She made her 42nd Moon debut in a virtual Cabaret last September and is very happy to finally be with them in person! Some Bay area credits include her role as Sally Bowles in Cabaret (San Francisco Playhouse), where she won both the TBA and Critics Choice award for her work, and Songs for a New World (San Francisco Playhouse). While at Carnegie Mellon, some roles included The Witch in Into the Woods, the Nurse in Romeo and Juliet, and Fraulein Kost in Cabaret. She is SO excited to be back to performing for a live audience! Thank you for helping the arts stay afloat during the pandemic!