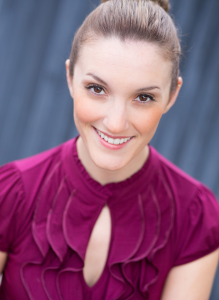 Jillian, a Bay Area native, has performed at various theme parks and theaters in both Northern and Southern California, as well as Orlando, Florida. She also spent a year at sea singing on Azamara Club Cruises. Recent Bay Area credits include Sibella- A Gentleman’s Guide to Love and Murder, SBMT; Maria- Sound of Music, FMT; Olive Barrow- 110 in the Shade, 42nd Street Moon; Priest- JC Superstar, ROLT; and Cinderella- Into the Woods, NDNU. When not performing, Jillian loves to travel, knit/crochet and watch TV with her husband and their pets – a labradoodle and 2 cats!