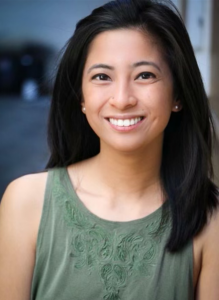 Trixie is honored to join the Ensemble of 42nd Street Moon’s Chess In Concert and especially excited to do live theatre again! She was recently a part of Full Moon Fridays: Pinay Power, performing and discussing Asian Americans in the theatre scene. A local Bay Area performer,  she was raised in Pinole and currently lives in San Francisco. She graduated from SF State University, majoring in Theatre Arts (2016). Past credits include: Cynthia (u/s) in Priscilla: Queen of the Desert (Contra Costa Musical  Theatre), Erzulie (u/s) in Once on This Island (Contra Costa Civic Theatre), Little Red in Into the  Woods and Little Sally in Urinetown (both at SFSU) and ensemble in The Wiz (directed by Gary – Sunnyvale Community Players).  Enjoy the show! 🙂