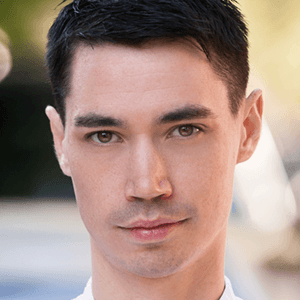 Nicholas Yenson, he/him (ensemble) previously appeared at Moon in Me and My Girl, Lady, Be Good!, and Girl Crazy. Other credits include Miss Saigon (Signature Theatre), The Taming of the Shrew (Shakespeare Theatre Company), and a world tour with Grammy-nominee Celtic Woman. He claims to have appeared also in shows that don’t refer to women in the title. Nicholas was a demonstrator for the Verdon Fosse Legacy and appeared in a gender reversed ‘Big Spender’ (original choreography) in Broadway Backwards at the New Amsterdam Theatre. With thanks and ever thanks to Becky, Armando, Renee, and you, for coming to see us. Proud AEA member: come on, union—get hot! @nicholasyenson