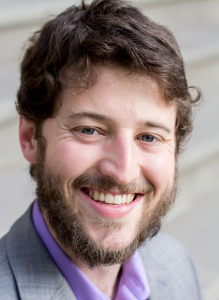 A San Francisco native, Nathanael performs a wide variety of genres from opera to musical theater to jazz. Nathanael recently graduated with a Masters of Music in Vocal Performance from the San Francisco Conservatory of Music.

An avid reader, Nathanael also enjoys hiking and walking with his dog.