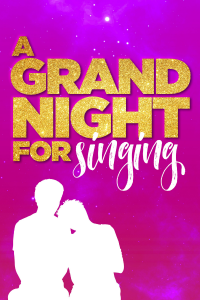 Broadway’s Golden Age comes to life in this stunning tribute to the legendary Rodgers and Hammerstein – with a modern twist!

Thirty-two of Broadway’s greatest songs written by one of Broadway’s most iconic partnerships! Now, experience musical theatre legends, Rodgers and Hammerstein as they’ve never been seen before! Join us for a celebration of both the hits and hidden gems — showing off Rodgers’s exquisite melodies and Hammerstein’s evocative lyrics that celebrate the humanity that binds us together – all with a modern twist! Featuring favorites from Oklahoma!, Carousel, South Pacific, The King and I and more.